"I'm just puzzled why these folks decided to do it this way." 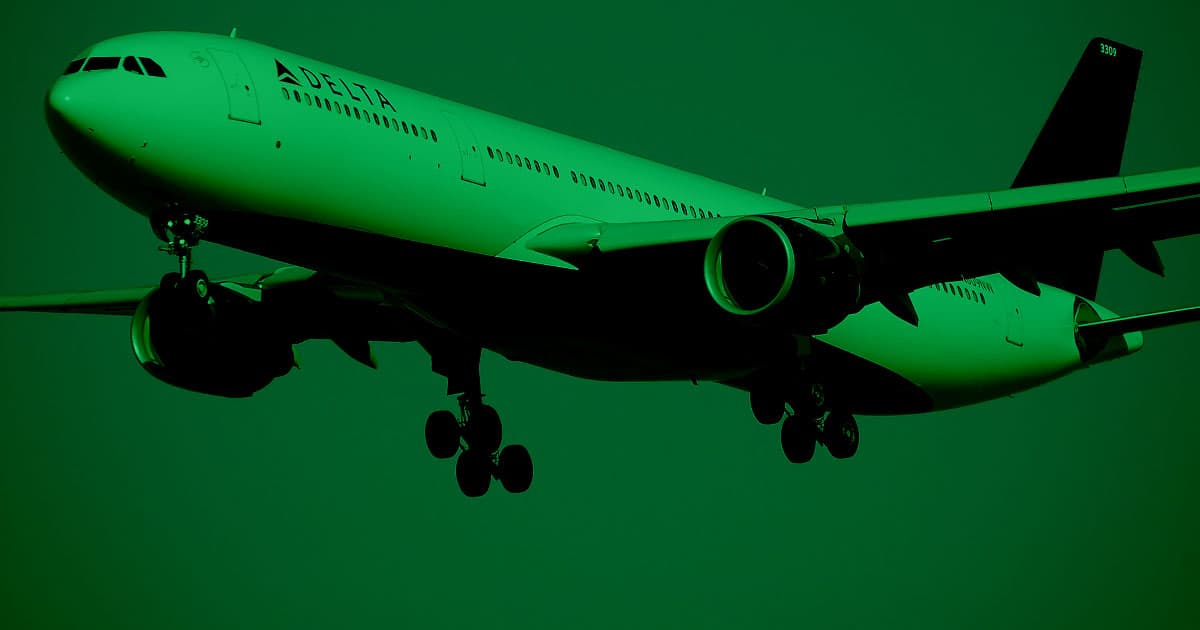 On Tuesday, a Boeing 777 dumped jet fuel on at least 60 people — including 20 children — just prior to making an emergency landing in Los Angeles.

While dumping fuel isn't entirely unheard of, the Delta pilots' decision to do so over a populated area and from an elevation of just 2,300 feet has left experts baffled.

"I'm just puzzled why these folks decided to do it this way,"  Ross Aimer, a retired United Airlines pilot who now serves as CEO of Aero Consulting Experts, told NBC News.

Some planes can take off at a higher weight than they can safely land. That isn't usually an issue, though, because the plane will burn jet fuel during a flight, thereby dropping enough weight for safe landing.

If a plane needs to make an emergency landing, however, it'll sometimes dump fuel to reach the lower weight faster. Typically they do so from a higher altitude, in which case the fuel evaporates before ever reaching the ground. If that's not an option, they may do over over a less-populated area, such as an ocean.

Delta Flight 89 was supposed to be a 13-hour nonstop flight from Los Angeles to Shanghai, but instead it landed back at LAX just 25 minutes after takeoff. The airline's statement to BuzzFeed News that the fuel dump was "required as part of normal procedure to reach a safe landing weight" makes sense, then — the plane probably still had a lot of fuel onboard.

But what experts can't seem to figure out is why the Delta pilots decided to dump the fuel when and where they did — and why they didn't inform air traffic controllers about the decision.

"The question investigators are going to ask is that if you're going to dump fuel, why didn't you advise air traffic control, and why didn't you go where fuel dumping is approved, which would not be over a highly populated area?" John Cox, head of aviation safety consulting company Safety Operating Systems, told NBC. "If you had an on-board fire or something like that, it makes absolute sense to do that. But this was not that case."

The Federal Aviation Administration said on Tuesday that it's investigating the incident — so hopefully answers to those questions are forthcoming. For now, though, we can be thankful that none of the people hit by the shower of jet fuel were seriously injured.

Read This Next
Personal Aviation
Inventor Says He's Built a Real Life Flying Motorcycle
Message Received
Boeing's Deadly 737 Max "Designed by Clowns," Wrote Employee
Deadly Development
Whistleblower Says Boeing 787 Oxygen Masks Don't Work
DLC
Crashed Boeing 737 Jets Lacked Safety Features That Cost Extra
Nose Dive
Pilots Were Worried About Boeing 737 Max Before Deadly Crash
More on Advanced Transport
Kapow
Feb 3 on the byte
Self-Driving Car Plowed Into Active Fire Scene, Forcing Firefighters to Smash Its Window
Netflix and Drive
Jan 30 on futurism
Mercedes Claims to Have Achieved Level 3 Automation, Beating Tesla
Battery Trouble
Jan 30 on the byte
Tesla "Spontaneously" Bursts Into Flames While Driving Down Freeway
READ MORE STORIES ABOUT / Advanced Transport
Keep up.
Subscribe to our daily newsletter to keep in touch with the subjects shaping our future.
+Social+Newsletter
TopicsAbout UsContact Us
Copyright ©, Camden Media Inc All Rights Reserved. See our User Agreement, Privacy Policy and Data Use Policy. The material on this site may not be reproduced, distributed, transmitted, cached or otherwise used, except with prior written permission of Futurism. Articles may contain affiliate links which enable us to share in the revenue of any purchases made.
Fonts by Typekit and Monotype.