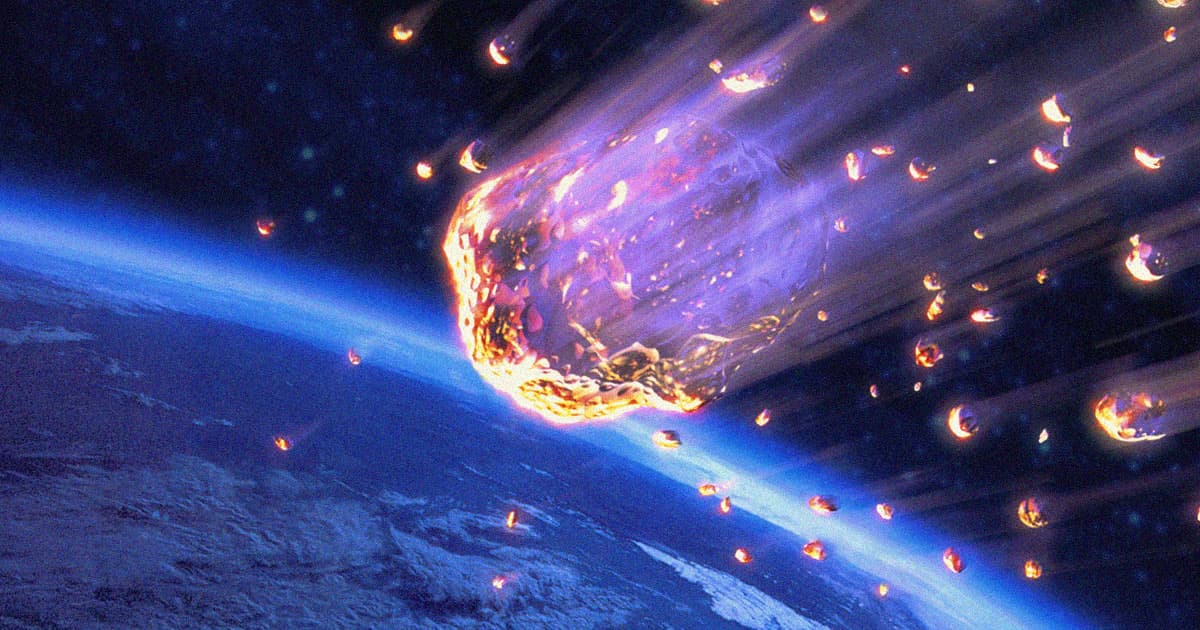 NASA says it was as strong as 30 tons of TNT — and 100 times brighter than the Moon.

NASA says it was as strong as 30 tons of TNT — and 100 times brighter than the Moon.

In With a Bang

Folks in western Pennsylvania got some unexpected New Year's fireworks when they heard a massive, Earth-shaking boom in the sky on Saturday.

It wasn’t that type of explosion in the sky, though. It was actually the sound of a meteor blowing up, according to a post on NASA’s Meteor Watch Facebook page. The meteor broke the sound barrier as it passed over Pennsylvania, causing a massive boom equivalent to 30 tons of TNT.

"If we make a reasonable assumption as to the meteor's speed (45,000 miles per hour), we can ballpark the object's size at about a yard in diameter, with a mass close to half a ton," NASA said in the post.

The agency also added that if the skies weren’t cloudy at the time, people in the area would have been able to easily spot a massive fireball in the sky roughly "100 times the brightness of the full Moon," according to NASA.

Despite the clouds, the exploding meteor still drew the attention of many residents. Officials in Pittsburgh and its surrounding area received numerous reports of an explosion that shook the area, according to Allegheny County’s Twitter account.

While it’s certainly horrifying to imagine a meteor exploding over you, it’s actually not too uncommon. Just a few months ago, a similar meteor explosion rattled New Hampshire. In March, another meteor rocked the residents of Vermont.

While no one was hurt in any of the instances, we probably still prefer to watch fireworks on TV to ring in the New Year instead of massive, Earth-rattling explosions caused by hyper sonic meteors.

More on exploding meteors: This Meteor Exploded so Violently That It Shook Entire Buildings Below

BOOOOOOOOOOOOOOOOM
Astronomers Detect Biggest Explosion Since the Big Bang
2. 27. 20
Read More
Big Burp
3.5 Million Years Ago, Our Galaxy Was Rocked by an Explosion
10. 8. 19
Read More
If You Could See the Asteroids Near Earth, What Would our Sky Look Like?
7. 11. 15
Read More
+Social+Newsletter
TopicsAbout UsContact Us
Copyright ©, Camden Media Inc All Rights Reserved. See our User Agreement, Privacy Policy and Data Use Policy. The material on this site may not be reproduced, distributed, transmitted, cached or otherwise used, except with prior written permission of Futurism. Fonts by Typekit and Monotype.