If You Could See the Asteroids Near Earth, What Would our Sky Look Like? 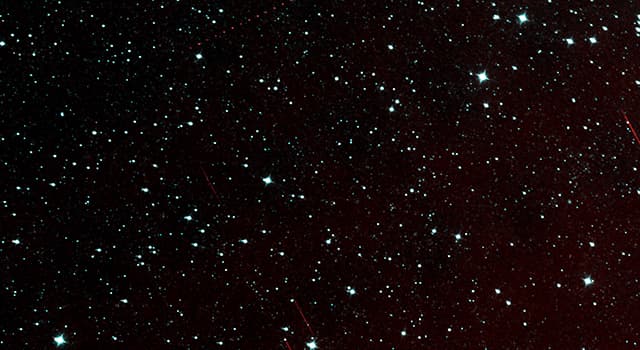 Many of the asteroids in our Solar System can be found wandering about the cosmos between the orbits of Mars and Jupiter. This area is sometimes called the "asteroid belt" (another super original name from astronomers, yay!). For understandable reasons, finding hazardous asteroids is a pretty high priority. True, we may not have a great defense plan in place in the event that we actually do find one (or any defense plan, really); however, even just having a bit of a warning could, potentially, save thousands of lives.

This is one of the reasons that NASA increased its investment in asteroid detection by a factor of about 10 over the course of the last half decade.

No, NASA does not think that a doomsday asteroid is going to come flying our way any time soon. However, events like the 2013 Russian meteor have taught us that it is best to be prepared.

Which is why NASA has vamped up its efforts to find, detect, and characterize NEOs (Near Earth Objects). These activities aren't just meant to help identify NEOs that might cause an impact event, the effort ultimately aims to help us improve our planetary defense. To this extent, you can help in the hunt for potentially hazardous NEOs through the Asteroid Grand Challenge, which aims to find all asteroid threats to human populations and develop a plan, should they wander our way.

In an attempt to motivate you, here is a handy video showing what the night sky would look like if you could spot all the asteroids near us. Ultimately, the video shows the 5,000 closest asteroids to Earth. It was created this past week by YouTuber Scott Manley, who is a self described "Astronogamer"...an astronomer who loves gaming, apparently.

"We're essentially flying around the Sun through this population of asteroids with our eyes closed," says Manley. Perhaps it is time to open our eyes.

Read This Next
Soggy Past
NASA Spacecraft Finds Evidence of Ancient Rivers on Asteroid
Asteroid Wars
Astronomers Spot Bits of Entirely Different Asteroid on Surface of Bennu
Vomiting Rocks
NASA Baffled: Asteroid Bennu Keeps Spitting Out Small Rocks
Broken Clock
This Awful Tabloid Predicts a Killer Asteroid Almost Every Day
Asteroid Arrival
NASA's First-Ever Asteroid Return Mission Just Reached Its Target
More on Hard Science
Warped Tour
Yesterday on futurism
Professor Believes Door to Warp Drive May Lie With Ethylene Glycol
Sky Bursts
Yesterday on the byte
Astronomers Intrigued by 25 Mysterious Repeating Radio Signals From Deep Space
Tractor Beam
Jan 26 on the byte
Scientists Build Working Tractor Beam, Although It's Comically Tiny
READ MORE STORIES ABOUT / Hard Science
Keep up.
Subscribe to our daily newsletter to keep in touch with the subjects shaping our future.
+Social+Newsletter
TopicsAbout UsContact Us
Copyright ©, Camden Media Inc All Rights Reserved. See our User Agreement, Privacy Policy and Data Use Policy. The material on this site may not be reproduced, distributed, transmitted, cached or otherwise used, except with prior written permission of Futurism. Articles may contain affiliate links which enable us to share in the revenue of any purchases made.
Fonts by Typekit and Monotype.