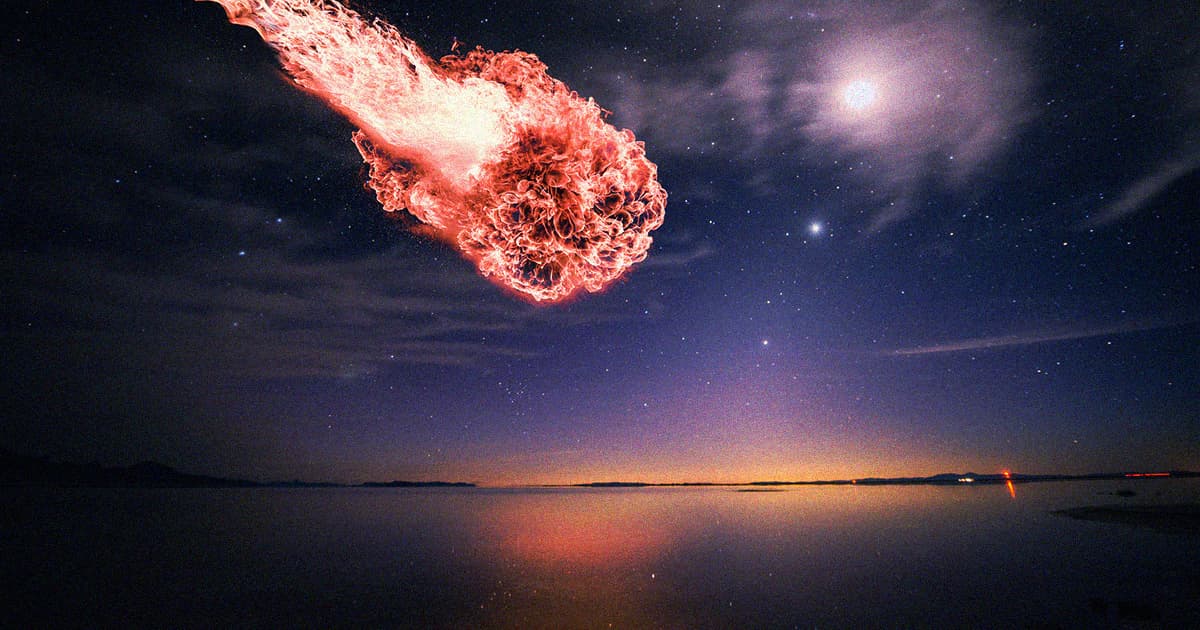 Meteorologists may have finally found a culprit.

Meteorologists may have finally found a culprit.

The sound of an earth-shattering boom rocked New Hampshire while the ground shook on Sunday morning, in a statewide incident that left both state residents and experts baffled.

Now, meteorologists think they finally know what caused the boom, The New York Times reports. Satellite imagery suggests that a meteor could have sailed over New Hampshire before exploding, causing the loud blast that rattled eardrums and shook the earth across the state. If that's the case, then it would finally provide an answer to a mystery that's caused rampant online speculation among confused New Hampshirites.

As Futurism previously noted, the U.S. Geological Survey didn't find any evidence of an earthquake in the area within the seven days leading up to the event. And while it's possible that an earthquake happened and simply didn't get picked up, that seemed to rule out the most obvious explanation.

But an exploding meteor also makes sense. Both the Orionids and Draconids meteor showers are ongoing at the moment, the NYT notes, making this a busy time of year for flybys. So meteorologists at the National Weather Service (NWS) started to look for bolides, which are the fireballs that are caused by a meteor exploding and fragmenting in the air.

"Sure enough, there was a little blip there right around the time that folks started calling and reporting about the sound," NWS meteorologist Greg Cornwell told the NYT.

Of course, just like the possibility of a phantom earthquake, the meteor hypothesis isn't a sure thing. The satellite that picked up on the explosion may have made an error, or it could have been a coincidence. But for now, it seems to be the best explanation experts have.

"Now there have been cases where these sort of exploding fireballs or bolides will cause a false positive," Cornwell told the NYT. "It showed up in the data, and it’s kind of a hunch."

READ MORE: Did a meteor explode over New Hampshire? That may explain the boom [The New York Times]

More on New Hampshire: Residents Heard an Earth-Shattering Explosion and Experts Have No Idea What it Was