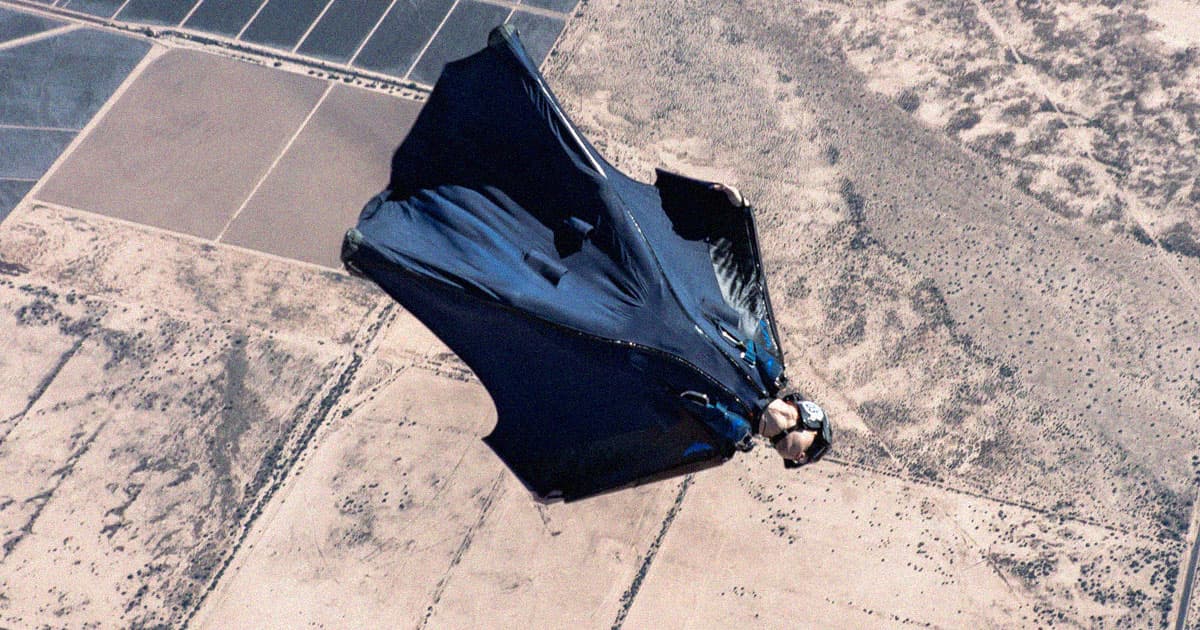 Physics Professor Regularly Flings Himself From Airplanes in Batman-Like Glider

Everyone has a hobby!

Everyone has a hobby!

Rarely do academics get the chance to test out their research firsthand the way Alexey Galda does. That’s because the theoretical physicist and professor at the University of Chicago applies his physics knowledge by yeeting himself out of an airplane while wearing a wingsuit.

Galda says his academic background gives him an edge when participating in wingsuit competitions, which apparently exist. He’s even been able to test out prototype wingsuits using his physics knowledge.

“My background in optimization and data analysis helped me develop specific strategies to optimize my flying,” he told the Chicago Sun-Times a few weeks back. “It’s very technical and data-heavy. Everything is recorded by a GPS device on the flyer’s helmet.”

Galda says he’s not seeking out media attention, but his unusual hobby has been picking up coverage this month.

“As a theoretical physicist, I have a lot of experience analyzing data,” Galda told The Times this week. “And that would help me to progress quicker, because I compete, typically, with people who have many thousands more skydives than I do.”

“The realization that you can apply some of these scientific techniques to this sport to do better, that ignited the competitiveness in me,” he added.

The sport of competitive wingsuit flying is fairly new, commercial wingsuits themselves have been around since its creation in 1999. As such, there are always new suit designs and prototypes to test out.

Such was the case in 2016 when Galda tested out a prototype wingsuit a few days before a competition. After jumping, however, he began spinning out of control. Luckily, he wasn’t ever in any real danger.

“I still didn’t have to open my reserve parachute or anything, I was able to fly out of it,” Glada told the Times. “The only thing that happened was my eyes were bloodshot red for two weeks because of the spinning.”

Galda plans on participating in more competitive wingsuit competitions in the future and has plans to dominate the sport using his physics knowledge.

Who knew wingsuits could be such a cool application of academic knowledge? Heck, even volcanologists can use them for their research.

More on wingsuits: Electric Wingsuit Lets You Fly at 186 MPH