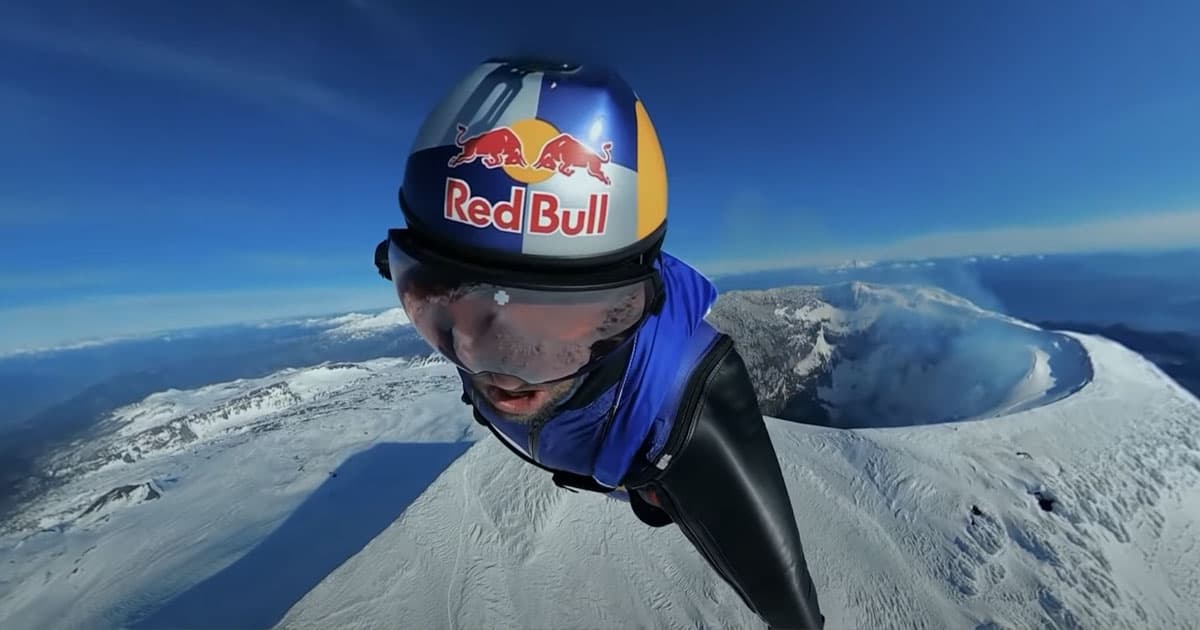 Man With Wingsuit Flies Inside Mouth of Active Volcano

"Fear is a very positive thing."

"Fear is a very positive thing."

In Red Bull-sponsored stunt news, a daredevil wingsuit pilot became the first person to fly in and back out of an active volcano, CNN reports.

The best part about the story? It has nothing to do with the COVID-19 pandemic or the surging Omicron variant. And for that, we're grateful.

The pilot, Chilean daredevil Sebastián Álvarez, plunged towards the Villarrica volcano, which is Chile's most active volcano and which erupts frequently, after jumping from a helicopter at 11,500 feet above the surface.

It took 40 long seconds for Álvarez to reach the mouth of the 650 foot crater, where he swooped inside before adjusting his wingsuit to emerge triumphantly on the other side of the volcano.

The pilot spent three minutes in the air, reaching blistering speeds of up to 176 mph.

"Fear is a very positive thing," Álvarez said in a statement. "I welcome it, because it makes me feel super-active and 100 percent focused. Nevertheless, you must manage the fine line between fear and panic."

"This is by far the most extreme project I've ever done," he told CNN. "That's for sure. Especially because of all of the factors; it was an active volcano, it was at high altitude, cold, windy and so there were a lot of things that I needed to take care of."

The risks were very real.

"But let's talk seriously, this is a volcano and it's active and if I fail, you know the result," Álvarez added. "If the volcano doesn't want me there, he can do whatever he wants, you know, so I asked for permission and then I went there [afterward] and said thank you."

READ MORE: Welcome to the 'Devil's House': Wingsuit pilot becomes first person to fly in and out of an active volcano [CNN]