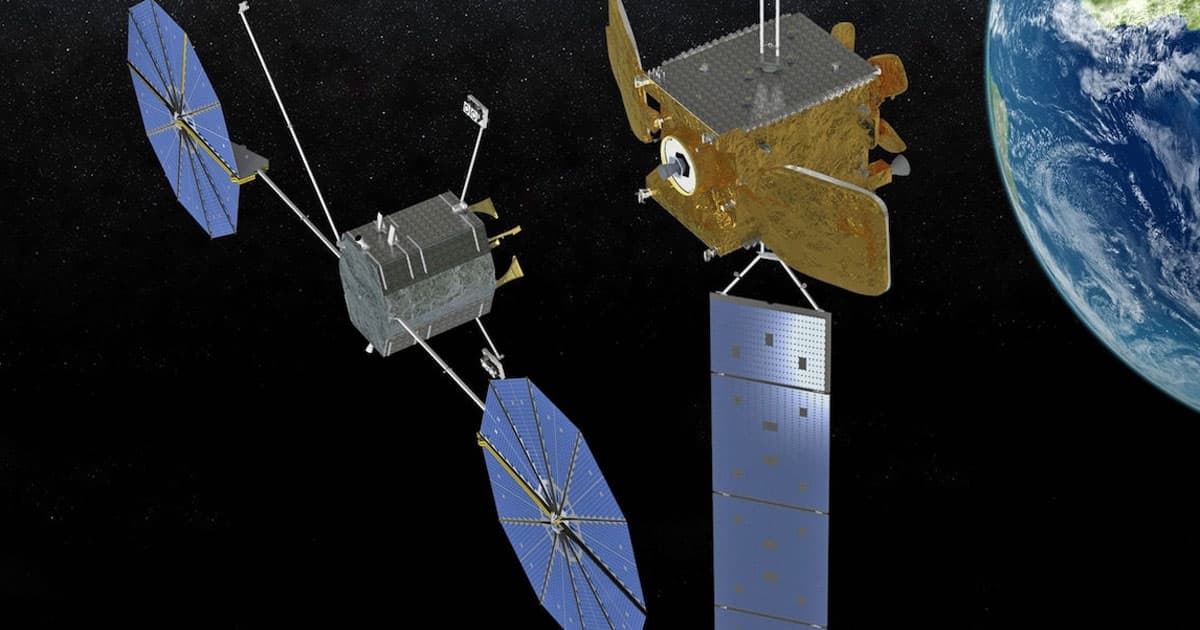 Parasitic Spacecraft Docks With Dead Satellite, Brings It Back to Life

It's the first time that two commercial spacecraft have ever docked in orbit.

It's the first time that two commercial spacecraft have ever docked in orbit.

To fix an old satellite that was running low on fuel, military contractor Northrop Grumman sent a robotic spaceship to hijack it and get it running again.

The risky maneuver marks the first time that two commercial spacecraft — a Northrop Grumman servicing vehicle and an Intelsat satellite — docked with each other without leaving orbit, Ars Technica reports. And, in a bizarre stroke of robot parasitism, the two will stay joined together for life.

By finding a new way to restore and eventually retire satellites, the technique could be used to help prevent and clear out the dangerous cloud of space junk surrounding Earth.

The actual docking happened in late February and took about six hours, according to Ars.

Since then, the Northrup Grumman spacecraft has been controlling the Intelsat satellite's steering, repositioning it in such a way that it can resume functionality. On Friday, the satellite finally came online.

Over the next five years, the spacecraft will continue to make sure the satellite stays in the right place before ultimately sending it off for retirement.

When the time comes, the duo will jet away into what's called a graveyard orbit, which is located so far away from Earth that whatever dead satellites rest there are unlikely to interfere with those that are still operational. Sending it that far away, the plan goes, will prevent it from eventually becoming a dangerous piece of space junk.

Editor's note 4/21/2020: This article has been updated to reflect that the Intelsat satellite had not already failed before the docking maneuver but that it was expected to do so soon.

READ MORE: For the first time, a spacecraft has returned an aging satellite to service [Ars Technica]

More on old satellites: A Derelict Space Habitat May Crash Into an old Russian Satellite