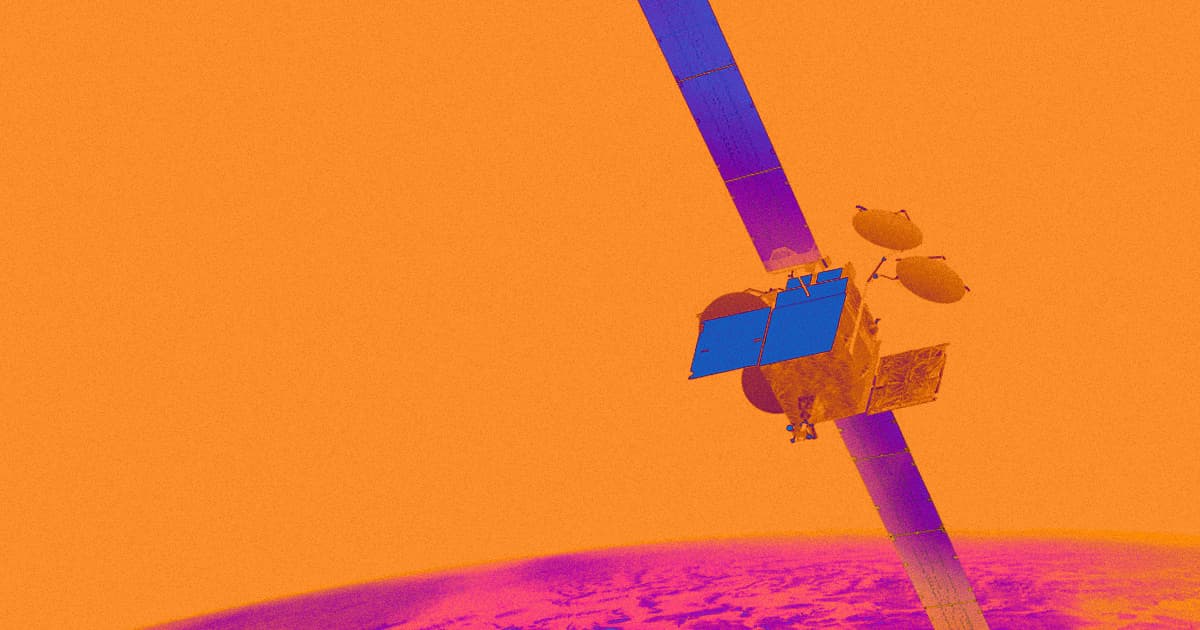 This Boeing Satellite May Be About to Explode

If it blows up, it could send a devastating cascade of shrapnel into orbit.

If it blows up, it could send a devastating cascade of shrapnel into orbit.

AT&T-owned satellite TV company DirecTV has asked the Federal Communications Commission (FCC) for permission to "conduct emergency operations" to move a satellite that may be about to blow up, Space News reports.

The fear is that a battery malfunction might cause the Boeing-built satellite to explode. An explosion in an already-busy orbit chock full of other satellites could spell disaster in the form of a devastating cascade of orbital shrapnel.

In a request to the FCC filed on January 19, the company said that once sunlight is no longer available for solar charging starting February 25, the satellite will have to resort to using its damaged batteries — risking a "catastrophic battery failure."

The FCC requires all licensed satellite owners to vent onboard propellant — thereby reducing chances of an explosion — before moving satellites into what's called the "graveyard orbit," an altitude above operational satellite orbit where companies dispose of their junk, according to Space News.

The problem is that DirecTV has only one month to vent its propellant — a process that typically requires at least two to three months, according to the FCC filing.

Therefore, DirecTV is asking the agency "for special temporary authority to de-orbit the Spaceway-1satellite and for a waiver of the fuel venting requirement."

Oh Brother!
Surprise! The ISS Is Still at Risk From Russian Weapon Test
11. 19. 21
Read More
Spotted
Mystery Object Detected Near Chinese Satellite
11. 5. 21
Read More
X-Ray Vision
A New Satellite Can Peer Inside Some Buildings, Day or Night
12. 16. 20
Read More
+Social+Newsletter
TopicsAbout UsContact Us
Copyright ©, Camden Media Inc All Rights Reserved. See our User Agreement, Privacy Policy and Data Use Policy. The material on this site may not be reproduced, distributed, transmitted, cached or otherwise used, except with prior written permission of Futurism. Fonts by Typekit and Monotype.