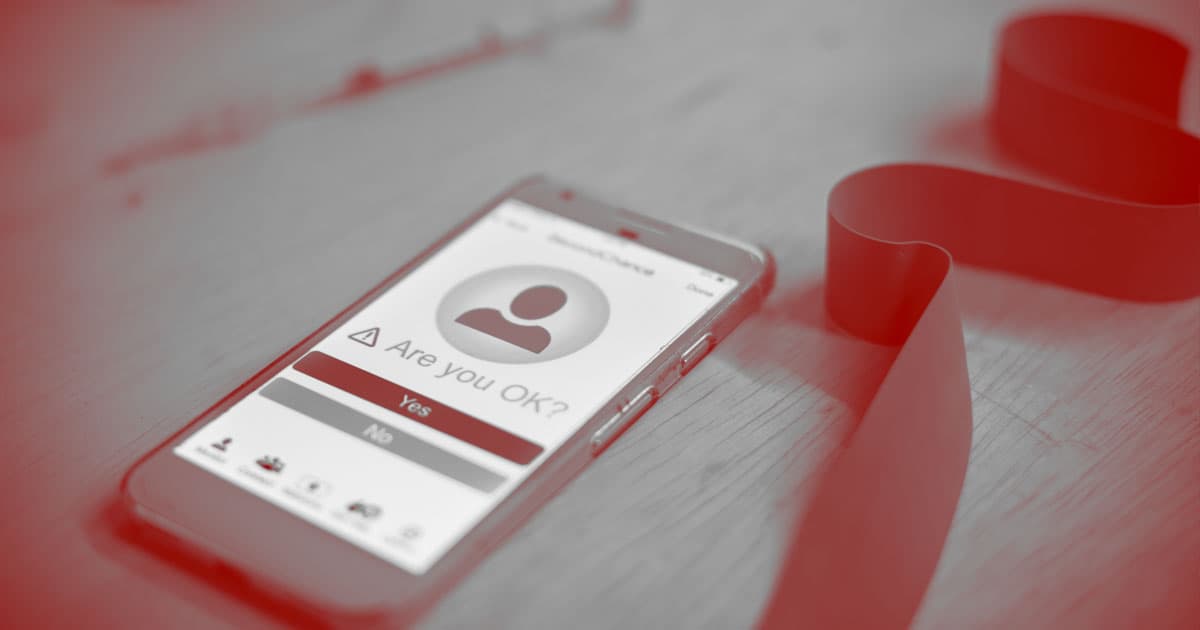 It can notice slowed breathing or a nodding head.

It can notice slowed breathing or a nodding head.

Each day, more than 115 people die in the U.S. of an opioid overdose. Some of these people would have very likely survived had they received the overdose-reversing drug naloxone.

Now, researchers from the University of Washington have unveiled a smartphone app designed to detect early signs of an opioid overdose. The idea is that a person enables the app prior to injecting illegal opioids by themselves. If the app detects signs of an overdose, it then sends an alert to a friend of the drug user or emergency services so that they can administer naloxone.

But while the app has proven fairly effective in limited trials, it's hard to say how much use it might get in the real world.

In a study published on Wednesday in the journal Science Translational Medicine, the team describes how its Second Chance app uses a smartphone’s speaker and microphone to analyze a user's breathing and movement for signs of an overdose from opioids.

When enabled, the app continuously emits an acoustic signal that bounces off the user and returns to the phone. The app's algorithm then analyzes the signal, looking for certain changes in breathing or movement, such as fewer than seven breaths per minute or a nodding head — two early warning signs of an overdose.

When the team tested the app on 94 people using injectable opioids at a supervised injection facility in Canada, they found it identified overdose-foreshadowing breathing problems with an accuracy of 90 percent.

"While this app could be used for all forms of opioid use, the team cautions that right now they have only tested it on illegal injectable opioid use because deaths from those overdoses are the most common," reads a press release about Second Chance.

The app might be effective, but it's hard to say whether anyone would actually use it. We all know what we do online is far from private, so would someone injecting opioids be willing to download an app that would link them to illegal activity, even if it might save their life?

Hard to say for sure. Either way, the creators of the app seem optimistic that it could prevent opioid-related deaths and, maybe, even help users get clean.

"The goal of this project is to try to connect people who are often experiencing overdoses alone to known therapies that can save their lives," researcher Jacob Sunshine said in a press release. "We hope that by keeping people safer, they can eventually access long-term treatment."

Zapping Addiction
In China, Surgeons Are Treating Addiction With Brain Implants
5. 9. 19
Read More
Wrong Direction
CDC: People In the United States Aren't Living As Long
11. 29. 18
Read More
Hot Take
A Super-Spicy Plant Could Help End the Opioid Crisis
11. 16. 18
Read More
+Social+Newsletter
TopicsAbout UsContact Us
Copyright ©, Camden Media Inc All Rights Reserved. See our User Agreement, Privacy Policy and Data Use Policy. The material on this site may not be reproduced, distributed, transmitted, cached or otherwise used, except with prior written permission of Futurism. Fonts by Typekit and Monotype.