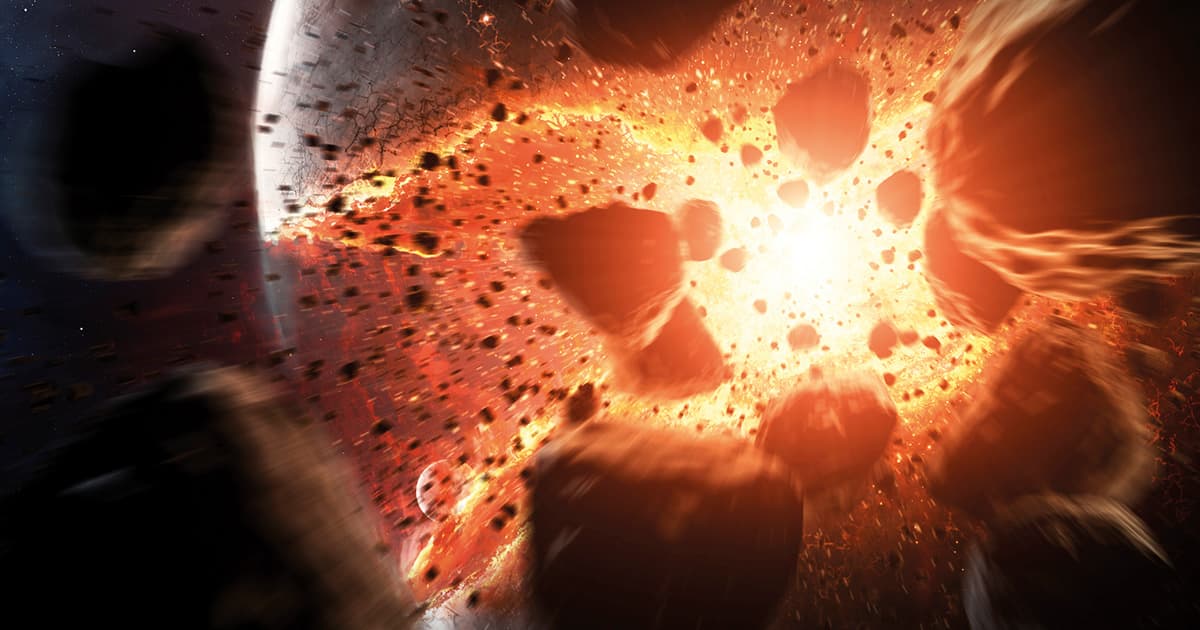 Scientists Admit That Yeah, Nuking an Asteroid Might Actually Work

Even if they launch it just a few months before impact.

Even if they launch it just a few months before impact.

Nuking an incoming asteroid as a last-ditch effort to save the planet has long captivated the imaginations of real-life experts and filmmakers alike. But many astronomers have maintained that it would never work, saying we should come up with other ideas instead.

But new research may show that those naysayers are wrong, Gizmodo reports, because computer simulations indicate that a last-minute nuclear strike actually has a good chance at saving the planet after all. That's good news, as most other viable strategies require years, or perhaps even decades, of planning.

Previous research and simulations suggested that in order for the nuclear option to work, the missile would need to strike and shatter an incoming asteroid decades in advance. Otherwise, the fragments might still continue on their trajectory to Earth, turning one cataclysmic impact into myriad slightly-less-cataclysmic impacts. But that may not be the case, according to new research published in the journal Acta Astronautica that suggests detonating an asteroid even mere months before impact would keep nearly all the fragments from hitting us.

"Simply stated, for a 100-meter object that’s projected to hit Earth, if we employ a robust nuclear disruption technique by at least one month before impact, we can prevent 99 percent or more of the impacting mass from hitting the Earth," Johns Hopkins University physicist Patrick King, who completed the study as his PhD thesis at the Lawrence Livermore National Laboratory, told Gizmodo.

A 100-meter asteroid would only need to be nuked two months before impact, though that number would climb as the asteroid gets bigger. Still, that's a huge improvement over past projections, giving us a glimmer of hope in the event that we spot a killer asteroid a little bit later than we'd like.

More on asteroid defense: Scientist: If Asteroids Threaten Earth, We Should Blow Them Up With Missiles