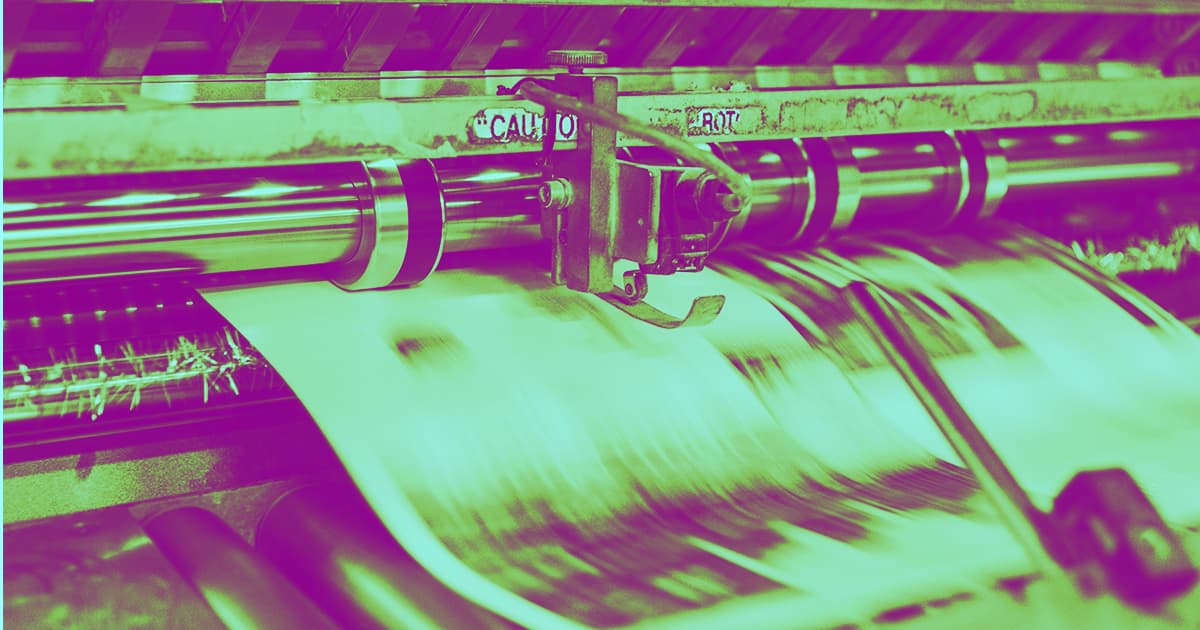 The attack prevented the printing of several high-profile papers.

The attack prevented the printing of several high-profile papers.

This weekend, several of the most widely circulated newspapers in the United States found themselves the target of a cyberattack that reportedly originated on foreign soil.

Many questions about the attack remain unanswered, but one thing is certain: the media is under attack — and if something isn't done to protect it, we could be headed toward a future in which we can't believe anything we read.

The malware prevented editors from transmitting pages of the papers to printing presses, and it delayed the scheduled printing and delivery of the Saturday editions of several newspapers, including The New York Times and The Wall Street Journal.

That means a likely motivation behind the attack was preventing newspaper readers from getting their news — and that is highly troubling.

Just this month, the majority of Americans admitted for the first time that they prefer to get their news from social media platforms than from traditional print newspapers. While the latter sources are held to journalistic standards that place a premium on fact-checking and context, the former are notoriously rife with misinformation and bias.

If foreign actors are able to further cripple the U.S.'s already vulnerable newspaper industry by literally preventing the printing of newspapers, the "fake news" that dominates our social media feeds could one day overshadow the real news — and we've already gotten a glimpse of the disturbing impact that can have on a democracy.

Might See Nonsense
MSN Fired Its Human Journalists and Replaced Them With AI That Publishes Fake News About Mermaids and Bigfoot
12. 2. 22
Read More
War on the Web
Here’s How an Iranian Cyberattack Could Affect You
1. 6. 20
Read More
Simply Appalling
Cyberattack Aims to Cause Seizures in Twitter Users With Epilepsy
12. 17. 19
Read More
+Social+Newsletter
TopicsAbout UsContact Us
Copyright ©, Camden Media Inc All Rights Reserved. See our User Agreement, Privacy Policy and Data Use Policy. The material on this site may not be reproduced, distributed, transmitted, cached or otherwise used, except with prior written permission of Futurism. Articles may contain affiliate links which enable us to share in the revenue of any purchases made.
Fonts by Typekit and Monotype.