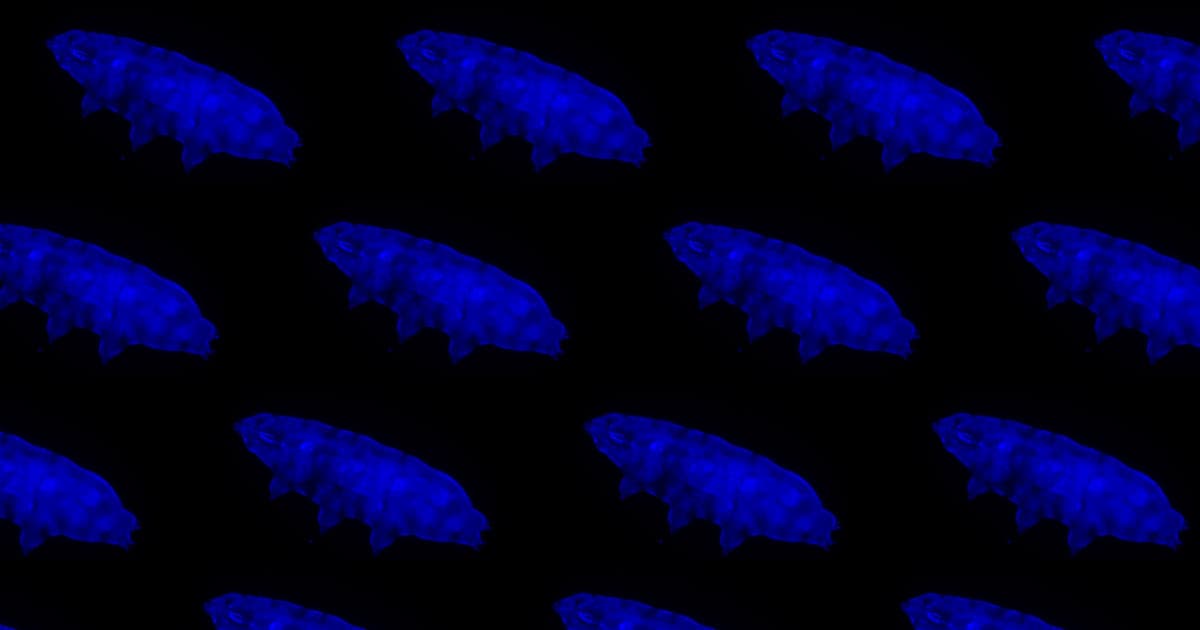 Just in case you thought tardigrades couldn't be any more indestructible, scientists just discovered a new species of the little buggers that seems unbothered by deadly levels of ultraviolet radiation.

You'll commonly hear of tardigrades, also known as water bears, lumped together under one umbrella. But there are actually some 1,300 species of the tiny animals. This new one, named Paramacrobiotus BLR, glows a deep blue when exposed to UV radiation — which, as Gizmodo reports, scientists believe is some sort of biological shielding mechanism.

The scientists who discovered the new species aren't sure exactly what's going on behind the scenes. But in their research, published Wednesday in the journal Biology Letters, a team of scientists from Bangalore suggest that the tardigrades are somehow absorbing the dangerous radiation and converting it to harmless blue light.

"After UV radiation treatment, tardigrades were observed daily for signs of life — active movement and egg laying," the Indian Institute of Science researchers wrote in their paper. "There was no significant change in the number of eggs laid, their hatchability and the hatching time, between UV-treated and untreated Paramacrobiotus BLR specimens."

The scientists, after confirming that the new species was more resistant to radiation, then attempted to transfer that shielding to other organisms like the roundworm C. elegans, which is commonly used as a model in biological research.

They didn't do any genetic altering or anything like that, but rather coated worms in pigments from the tardigrades' skin, Gizmodo reports. But it worked — the treated worms were more resistant to radiation too — suggesting new potential ways to block dangerous radiation elsewhere as well.

More on tardigrades: This Livestream of Tardigrades on Twitch Is Oddly Soothing

Brands We Love
Quickly Sanitize Phones, Keys, Toys, and More With This Portable UV Sterilizer Box
7. 23. 20
Read More
Researchers Just Did the Seemingly Impossible: Generate Terahertz Waves From Water
8. 25. 17
Read More
Study Reveals New Insights Into a Strange Force That Can Both Pull and Push Objects
5. 24. 17
Read More
+Social+Newsletter
TopicsAbout UsContact Us
Copyright ©, Camden Media Inc All Rights Reserved. See our User Agreement, Privacy Policy and Data Use Policy. The material on this site may not be reproduced, distributed, transmitted, cached or otherwise used, except with prior written permission of Futurism. Articles may contain affiliate links which enable us to share in the revenue of any purchases made.
Fonts by Typekit and Monotype.