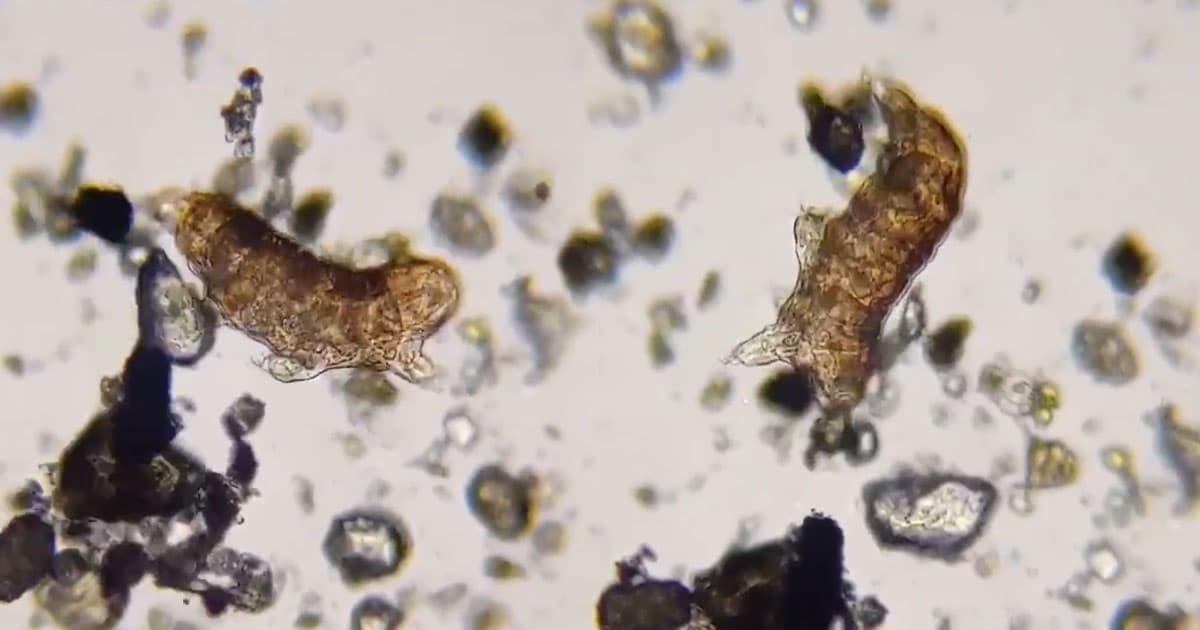 This Livestream of Tardigrades on Twitch is Oddly Soothing

What else are you going to do right now?

What else are you going to do right now?

You can watch a full, narrated hour of tardigrade action on Laurin’s Twitch channel.

The stream, first spotted by Boing Boing, is part of a project called “A Tiny World” that explores microscopic life that surrounds us.

Good morning! Here's a little Tardigrade that I collected in a sample of balcony water yesterday. 🙂@tardigradopedia pic.twitter.com/hwcC0cOMxv

“By sharing this journey with you, my hope is that maybe you’ll be inspired to get your own microscope, or to look closer at the little objects and creatures all around you!” Laurin’s description of the project reads on an official website.

So where is Laurin finding all of these critters? In dirt found on her balcony. “There are hundreds and hundreds of #Tardigrades that live on my balcony and I think they thrive in this brownish-greenish film and dirt that has formed over the years due to improper draining,” Laurin wrote in a tweet.

First discovered by biologists in the late 1700s, tardigrades are tiny micro-animals that can be found in a huge variety of environments, from oceans to sand dunes.

They’re also immensely resilient creatures: they can survive the vacuum of space, adapt to severe dehydration, and can even block intense blasts of radiation. But they might have an Achilles heel after all, according to recent research: global warming.

Tardigrade Silliness
Scientists Claim to Entangle Entire Animal in Quantum State
12. 22. 21
Read More
Dead Serious
Scientists: Global Warming Could Kill Tardigrades
1. 15. 20
Read More
Water Bears Could One Day Outlive Everything Except the Sun Itself
7. 19. 17
Read More
+Social+Newsletter
TopicsAbout UsContact Us
Copyright ©, Camden Media Inc All Rights Reserved. See our User Agreement, Privacy Policy and Data Use Policy. The material on this site may not be reproduced, distributed, transmitted, cached or otherwise used, except with prior written permission of Futurism. Fonts by Typekit and Monotype.