It covered 1,100 miles before running out of juice. 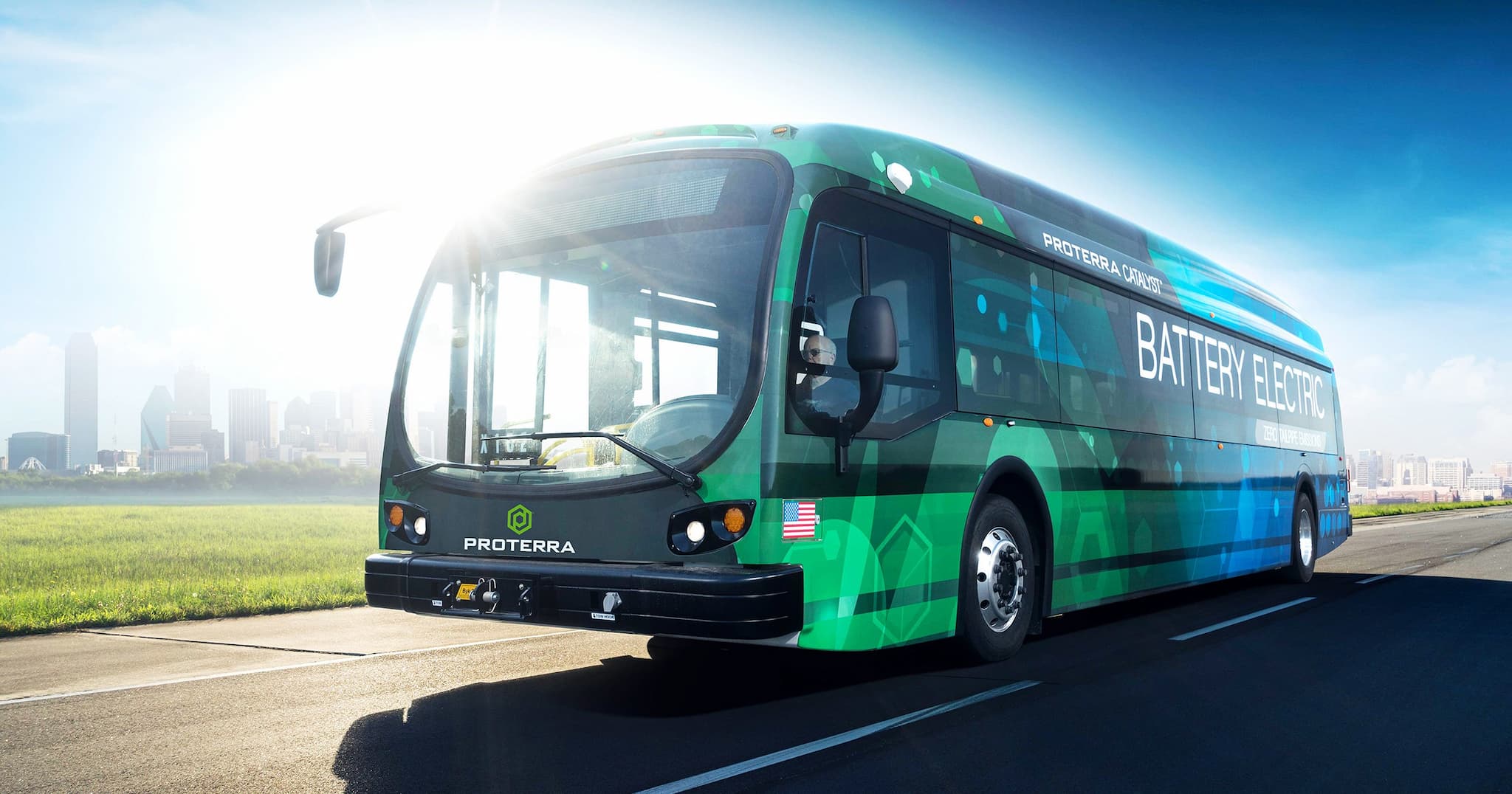 When California-based automaker Proterra took one of their all-electric Catalyst E2 Max busses to the Navistar Proving Grounds in Indiana, the vehicle managed to cover 1,772.2 kilometers (1,101.2 miles) before its battery pack ran out of power, breaking the record for the longest distance travelled by an electric vehicle on a single charge.

The 40-foot bus was outfitted with a 660 kWh battery pack for the trial — the equivalent of 11 Chevy Bolts — and according to the company, it could be back at full capacity in just an hour using Proterra's high-speed charging system.

The previous record for distance on a single charge was set by the Schluckspecht E, an experimental electric vehicle.

"For our heavy-duty electric bus to break the previous world record of 1,013.76 miles, which was set by a light-duty passenger EV 46 times lighter than the Catalyst E2 max, is a major feat," Proterra’s chief commercial officer Matt Horton said in a news release. "This record achievement is a testament to Proterra’s purpose-built electric bus design, energy-dense batteries, and efficient drivetrain.”

While cars have been a major point of emphasis when it comes to electric vehicles, all kinds of transportation are being modified to remove their reliance on fossil fuels.

Electric semi trucks have the potential to revolutionize the haulage industry, the U.K. postal service is already using electric vans, and the world's first all-electric luxury yacht was just unveiled earlier this month.

The effect these electric vehicles could have on the environment is well-documented. However, the technology also provides other distinct advantages over traditional options.

Electric buses offer up a lower cost-per-mile than their gas-powered equivalents, and electric drive chains have fewer moving parts, which should mean that repairs are less frequent and maintenance costs are reduced. Companies like Proterra no doubt hope these benefits will lead to their rapid adoption.

Read This Next
Remember Donald?
Donald Trump Goes on Bizarre Rant Against Electric Cars
Piercing The Hype
If Graphene Batteries Do Everything Scientists Say, They Could Be a Gamechanger
Free Ride
Luxembourg Just Made Public Transportation Free for Everyone
End of the Road
Volkswagen Will Launch Its Last Gas-Powered Cars in 2026
Electric Assist
China Forces Tesla and Other EV Makers to Turn Over Driver Data
More on Earth & Energy
Cow Chow
Yesterday on the byte
Bill Gates Gives $12 Million to Flatulent Australian Cows
Dye in the Water
Yesterday on the byte
Scientists Dye Chunks of Ocean Water Pink for Head-Turning Coastal Experiment
Face/On
Yesterday on the byte
Scientists Found a Dinosaur's Face, Complete With Its Skin
READ MORE STORIES ABOUT / Earth & Energy
Keep up.
Subscribe to our daily newsletter to keep in touch with the subjects shaping our future.
+Social+Newsletter
TopicsAbout UsContact Us
Copyright ©, Camden Media Inc All Rights Reserved. See our User Agreement, Privacy Policy and Data Use Policy. The material on this site may not be reproduced, distributed, transmitted, cached or otherwise used, except with prior written permission of Futurism. Articles may contain affiliate links which enable us to share in the revenue of any purchases made.
Fonts by Typekit and Monotype.