Luxembourg Just Made Public Transportation Free for Everyone

The initiative could decrease traffic while helping the environment. 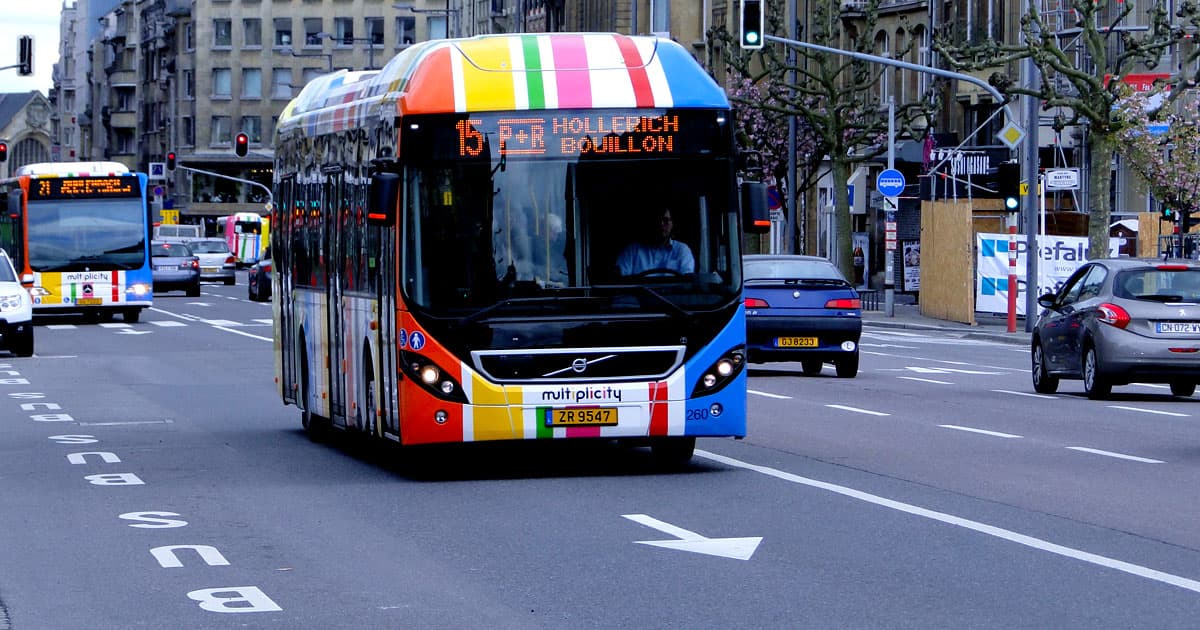 The tiny European nation of Luxembourg has landed itself in the international spotlight.

On Wednesday the country's prime minister, Xavier Bettel, was sworn in for his second term. At that time, his governing coalition announced a plan that would set Luxembourg apart from every other country in the world: by summer 2019, all public transport in the nation will be completely free.

Luxembourg is smaller than Rhode Island, and more people live in Milwaukee, Wisconsin, than within the nation's borders. In other words, it's a tiny country — but that doesn't prevent it from having a big traffic problem.

Luxembourg also has the highest car-to-person rate of any nation in the European Union: 662 cars for every 1,000 people. Nearly 200,000 people from the neighboring nations of France, Belgium, and Germany commute into Luxembourg for work. Every day, the population of its capital city swells five-fold due to commuters.

The hope is that eliminating all fees for public trains, trams, and buses will encourage more people to use those service. Not only would that decrease personal vehicle traffic, it would also be better for the environment.

Luxembourg is small, so this initiative certainly won't be enough to solve our global emissions problem. However, if commuters do decide to take the government up on its offer of free rides, other nations could see the value in following Luxembourg's lead, making public transport free as a way to address both their own traffic woes and the damage their car-driving citizens are inflicting upon the environment.

READ MORE: Luxembourg to Become the First Country to Offer Free Mass Transit for All [The New York Times]

Read This Next
Futurism
An Electric Bus Just Broke the World Record for Distance Traveled on a Single Charge
Futurism
The Largest Rail Network in Asia Just Debuted a Solar-Paneled Train
More on Earth & Energy
WTF
3:06 PM on the byte
Supreme Court Gives Power Plants Green Light to Pollute As Much As They Want
Dark Places
Jun 26 on the byte
Scientists Invent Way to Grow Plants in Complete Darkness
Real Whopper
Jun 26 on the byte
Scientists Discover Bacterium So Large You Can Hold It in Your Hand
READ MORE STORIES ABOUT / Earth & Energy
Keep up.
Subscribe to our daily newsletter to keep in touch with the subjects shaping our future.
+Social+Newsletter
TopicsAbout UsContact Us
Copyright ©, Camden Media Inc All Rights Reserved. See our User Agreement, Privacy Policy and Data Use Policy. The material on this site may not be reproduced, distributed, transmitted, cached or otherwise used, except with prior written permission of Futurism. Fonts by Typekit and Monotype.