Is there anything these little creatures can't do? 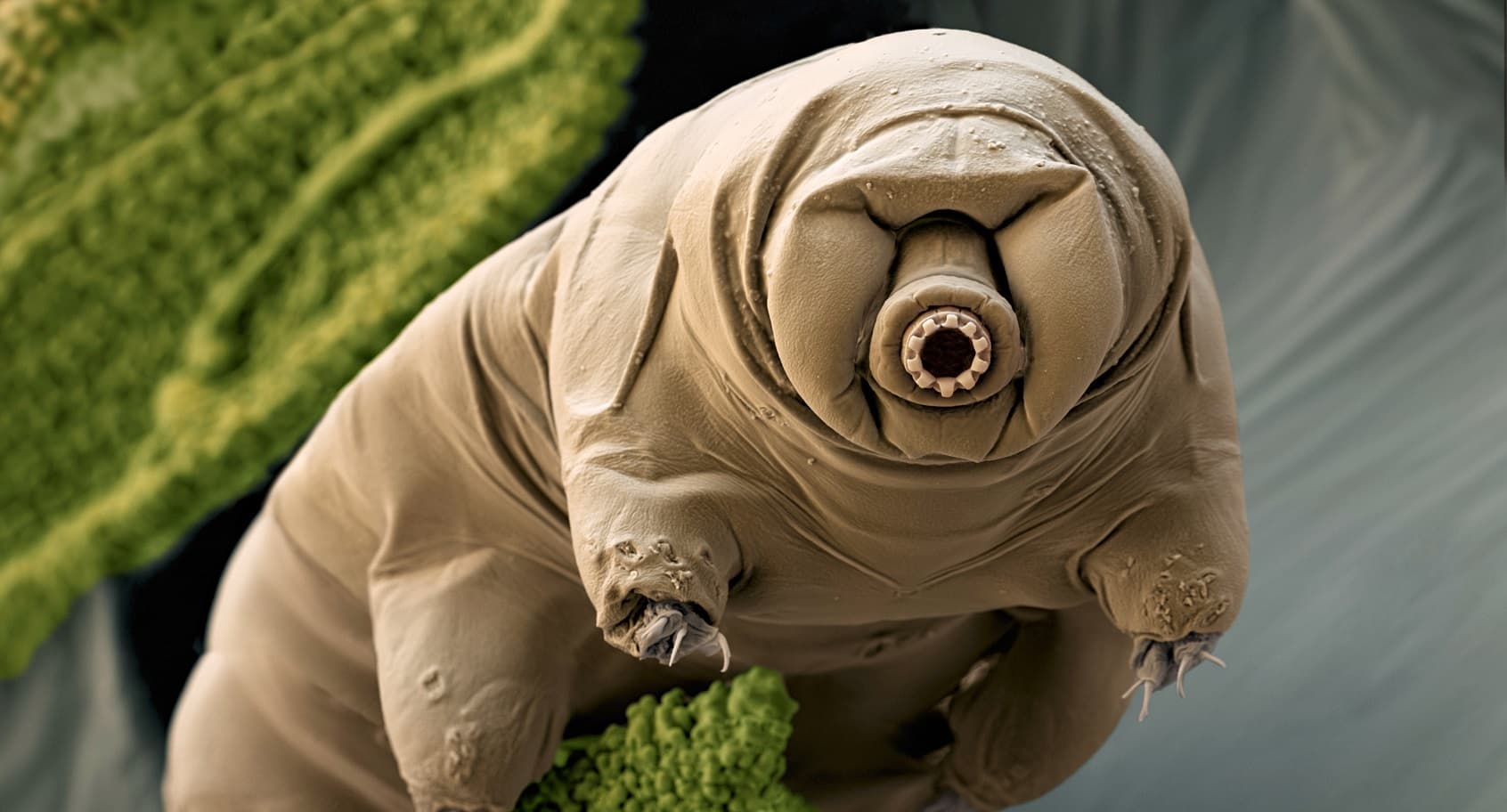 The tiny extremophile has been exhibited at the American Museum Of Natural History in NYC and the Microbial Museum in Amsterdam (so be sure to swing by if you are in the area).

Because of their stumpy appearance, tardigrades are frequently referred to as “water bears.” Under a microscope, they resemble a plump, squishy bear that waddles around on tiny little legs, each of which has a number of claw-like appendages. Generally, tardigrades only reach 1mm in length. But size isn’t everything—these tiny creatures are much tougher than your average bear.

Tardigrades have been frozen and defrosted, roasted and boiled, zapped with X-Rays, placed in a vacuum, exposed to pressures far exceeding those found in the deepest ocean trenches—and lived to tell the tale. They can withstand gamma radiation, oxygen deprivation, and the intense blast of solar wind.

And now, you can get a cool 3D printed replica.

The 3D printed tardigrade was a collaboration between Eric Ho and renown 3D modeling artist Kostika Spaho. The tardigrade figurine was created using 3D modeling software and then uploaded to Shapeways to be printed.

You can buy your own 3D printed tardigrade (perhaps to remind you of the importance of being resilient) here.

But how are these resilient little guys able to survive such absurd conditions? Well, quite simply: by dying (or coming rather close to it). When faced with extreme conditions, tardigrades can enter a kind of hibernation known as “cryptobiosis,” a death-like state during which the tardigrade undergoes an almost complete loss of body water (they lose over 99% of their water when in this state). Amazingly, tardigrades are able to survive in this suspended animation for a number of years. Then, when reintroduced to a more temperate environment, they recover in a matter of hours.

Even more amazing, when tardigrades are in a state of cryptobiosis, they are almost completely impervious to environmental hazards.

And there’s some hope in that. The fact that tardigrades are able to survive in such inhospitable places is, quite frankly, rather inspiring. As it turns out, many alien worlds have conditions that are inhospitable to earthlings (read: ridiculously lethal). However, the tardigrade ultimately allows us to assert that these worlds are lethal to most earthlings…but not all. If such a resilient creature developed on our own pale blue dot, who knows what wonders may live on other worlds.

Editor's note: We aren't affiliated with anyone related to this project. We aren't receiving any compensation (of any form) for this article. We regularly feature interesting projects in an attempt to bring science and art together. So if you are a photographer, graphic designer, sculptor, etc, be sure to drop us a line. We'd love to hear from you.

Read This Next
Futurism
Synthetic Rhino Horns Are Being Created to Flood Markets and Eradicate Poaching
Futurism
The Secret is Out: Scientists Figured Out How Tardigrades Became Immune to Radiation
Futurism
The Age of Biotech: Can Bioengineered Rhino Horns Bring An End to Poaching?
More on Earth & Energy
Do The Worm
Yesterday on the byte
Scientists Name "Funky Worm" Amphibian After a Weird 70s Funk Song
Cow Chow
Thursday on the byte
Bill Gates Gives $12 Million to Flatulent Australian Cows
Dye in the Water
Thursday on the byte
Scientists Dye Chunks of Ocean Water Pink for Head-Turning Coastal Experiment
READ MORE STORIES ABOUT / Earth & Energy
Keep up.
Subscribe to our daily newsletter to keep in touch with the subjects shaping our future.
+Social+Newsletter
TopicsAbout UsContact Us
Copyright ©, Camden Media Inc All Rights Reserved. See our User Agreement, Privacy Policy and Data Use Policy. The material on this site may not be reproduced, distributed, transmitted, cached or otherwise used, except with prior written permission of Futurism. Articles may contain affiliate links which enable us to share in the revenue of any purchases made.
Fonts by Typekit and Monotype.