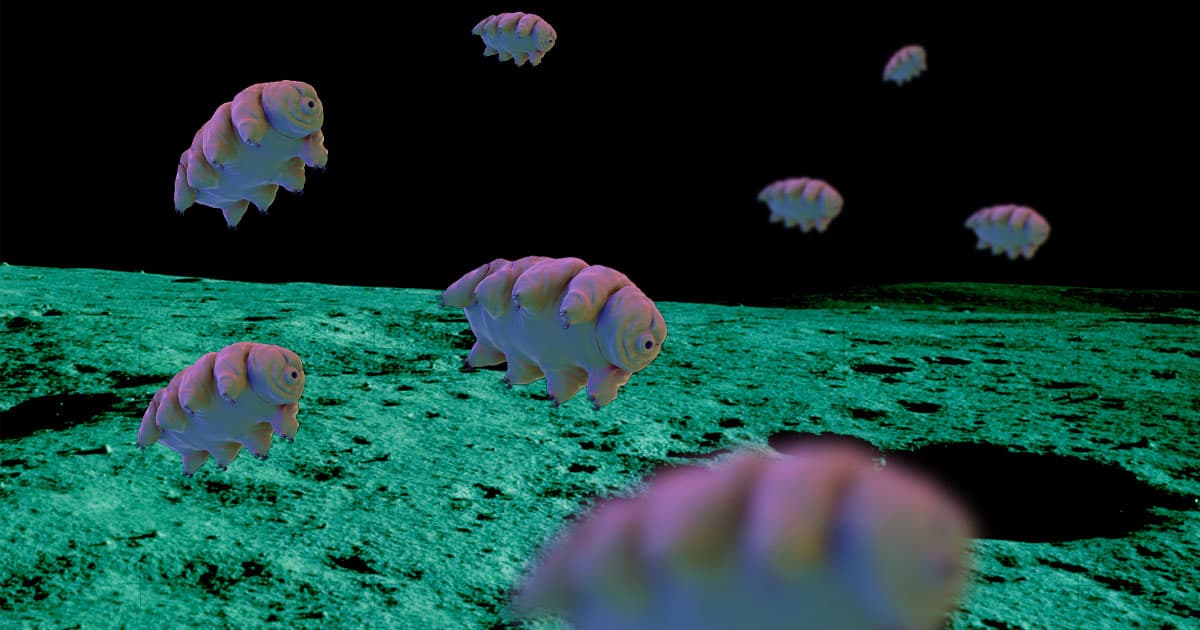 Hipster Asteroids Spilled Tardigrades on the Moon Before It Was Cool

Asteroids? I bet you haven't even listened to their old stuff.

Asteroids? I bet you haven't even listened to their old stuff.

This week, Wired broke the news that Israel's Beresheet lunar lander, which crash-landed back in April, likely contaminated the Moon's surface with ultra-tough creatures called tardigrades that can survive in the vacuum of space.

But it turns out that the resilient little critters had likely already found their way to the Moon long before humans. Columbia University astrobiologist Caleb Scharf writes in Scientific American that ancient asteroid impacts kicked up chunks of the Earth out into space — probably sending life deep into the solar system.

That doesn't mean we should take space contamination lightly, Scharf writes. Just like people probably shouldn't travel to a superfund site to dump their garbage, it's still important to avoid accidentally bringing microbial life to other planets and moons lest astrobiologists mistake it for extraterrestrial life or, even worse, it kills off any extraterrestrials that may have already been there.

"No, we should step very carefully," writes Scharf. "But like all things, there has to be a balance between big ideas, exploration, science, and a sense of cosmic ethics."

READ MORE: Tardigrades Were Already on the Moon [Scientific American]