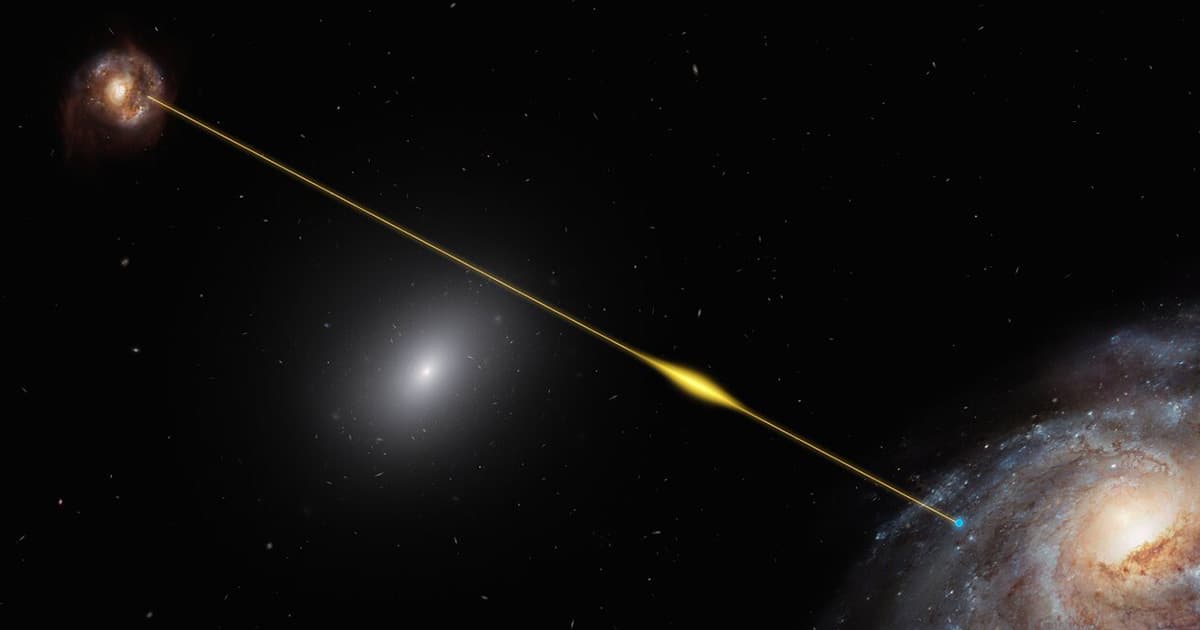 The strange signals known as "fast radio bursts" (FRBs) have long mystified the astronomy community. The sudden, strong radio pulses, often emanating from distant galaxies, appear at regularly timed intervals, from every few of milliseconds to weeks — and we still aren't entirely sure what they are or why they exist.

Now, a new team of astronomers has taken an even closer look. Using data from the intercontinental European Very Long Baseline Interferometry Network, a team at the University of Amsterdam has discovered that an FRB exhibited intricate structures on the microsecond scale as well.

What does the finding mean? It's not yet clear — but it's a sign that FRBs haven't yet given up their final secrets.

The team's study, published this week in the journal Nature Astronomy, details new findings about the FRB known as 180916, a burst that was found to be repeating every 16 days — four days of bursts and 12 days without.

"The microstructure that we refer to in the [study’s] title is that we see the brightness of the burst itself vary on microsecond timescales," research lead Kenzie Nimmo told Vice in an email.

Nimmo suggests we could use the new discovery to hone in on the exact origin of the pulses, down to the kilometer scale. In the larger context, that's astonishingly accurate: scientists believe FRB 180916 is some 457 million light years from Earth.

In fact, details in the patterns the team observed suggest we could soon discover the rotation of the object creating the pulses as well.

Speaking of which, where are these signals coming from in the first place? According to recently published studies, an increasing number of scientists believe the pulses are being given off by magnetars, highly magnetically charged remains of a dead star.

Nimmo also finds this to be "the most compelling progenitor model for FRBs," as she told Vice.

READ MORE: Scientists Have Discovered a New Pattern In a Repeating Signal from Space [Vice]