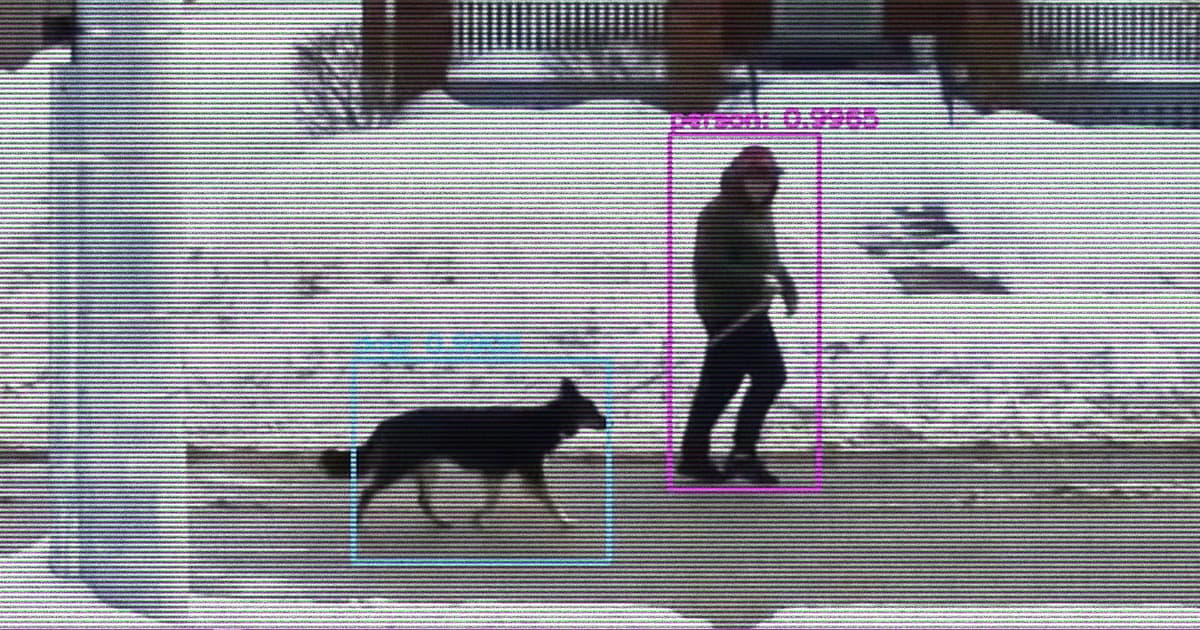 New Machine Screams at Dogs About How Great They Are

This is probably the most wholesome use of AI ever.

This is probably the most wholesome use of AI ever.

Some of us have coped with quarantine by baking or learning new instruments. Others have created AI-powered computers to scream compliments at every dog that passes by.

Alright that last one might be just a little specific. But that’s what happened when Ryder Damen of the YouTube channel "Ryder Calm Down" used machine learning to create a computer that shouted compliments at dogs and their owners.

Damen leveraged a Raspberry Pi computer and camera to capture a live stream of his street. He then put the footage through the YOLOv3, a machine-learning detection model that is programmed to recognize a variety of objects including people, cars, planes, traffic lights, and — of course — dogs.

To top it all off, he connected the set up to a megaphone with a pre-recorded voice that shouted, “I like your dog!” whenever a canine passed by.

Check out the video of his handiwork below:

Damen's project is probably one of the more wholesome (if not the most wholesome) example of AI and machine learning we’ve seen. It’s cool to see how advanced the field has become and its growing potential for fun projects like this one.

And at least it’s a far cry from folks using AI to create deepfakes of their children’s rivals or self-driving cars that attempt to drive onto railroad tracks.

More on AI: Fighter Pilots Blacked Out from Gs, Got Saved by AI Co-Pilot