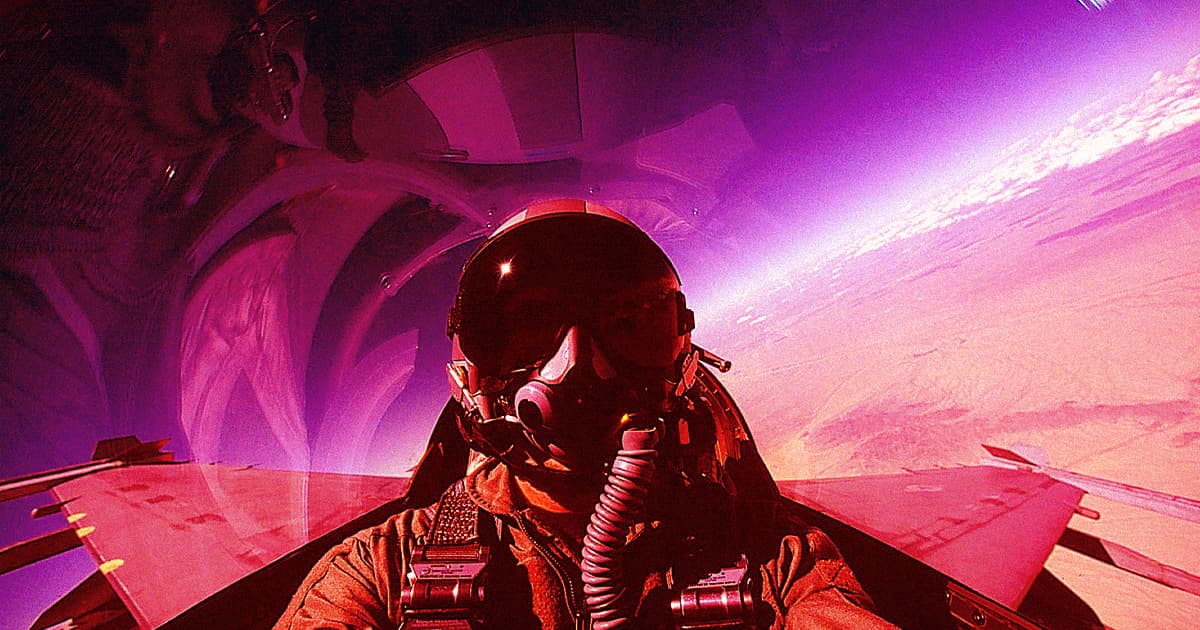 Autopilot Is My Co-pilot

Fighter Pilots Blacked Out From Gs, Got Saved by AI Co-Pilot

The pilots lost their consciousness after experiencing high Gs, an occurrence otherwise known as G-LOC (G-force induced loss of consciousness), while operating in the area surrounding the Nevada Test and Training Range — a striking illustration of the growing power of autopilot technology.

Luckily, the Automatic Ground Collision Avoidance System (AGCAS) took over when both pilots lost consciousness when their jets were flying at just 2,600 and 4,000 feet above ground level, respectively.

"AGCAS is credited with saving the pilots’ lives," Air Force Safety Center assured PopSci. "In both incidents, the pilots were able to regain consciousness during the AGCAS pull-up and they assisted in the recovery of the aircraft; however, their actions alone would not have been in time to prevent collision with the ground."

The system takes the speed, altitude, and flight paths of the aircraft into account before taking over flight control. In simple terms, the system knows if the jet is going to crash into the ground and rectifies the flight path to avoid catastrophe.

Not all G-LOC events cause the AGCAS system to kick in. Last year, only two out of eight G-LOC events ended in the system taking over, according to PopSci.

It's a stark reminder of the inherent — and obvious — risks of flying a fighter jet. Luckily, software enhancements is now able to save lives when the human body is pushed beyond its limits.

Besides, if recent advancements in artificial intelligence are anything to go by, humans will no longer need to sit in the pilot's seat in the near-to-medium term future.