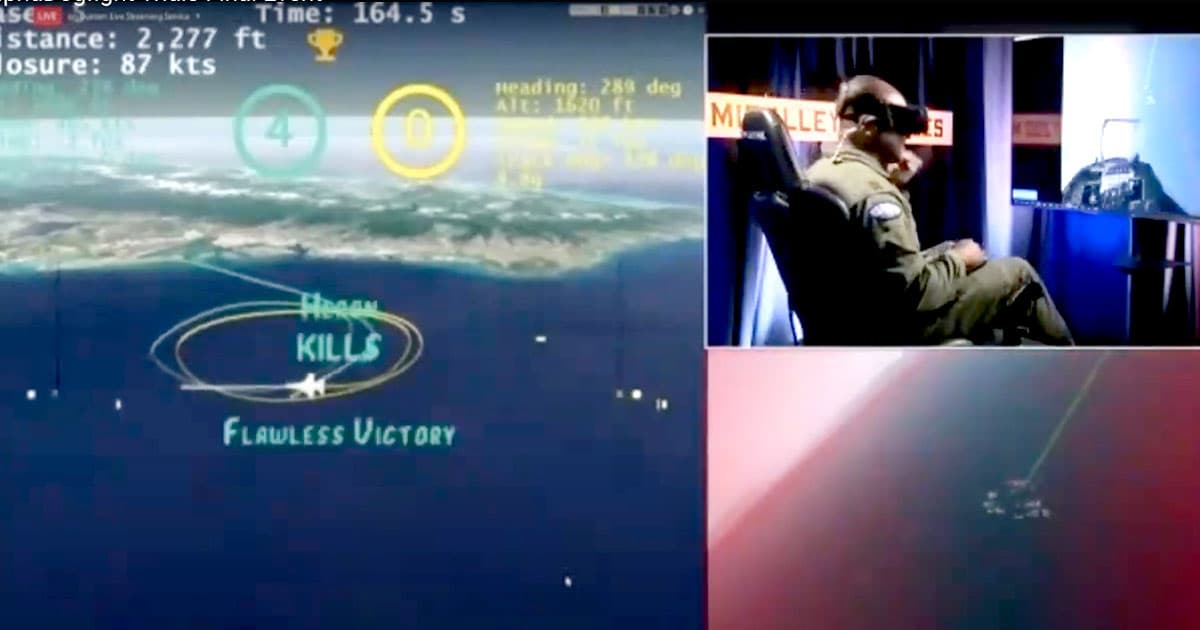 An AI-controlled virtual fighter jet just beat a human pilot in a dogfight.

The win came about during the finale of the US military's AlphaDogfight challenge, put on by the Defense Advanced Research Project Agency (DARPA), in which big-name military contractors including Lockheed Martin competed for the crown.

The winning company, Heron Systems, emerged as a victor with its fighter jet AI by defeating a human fighter pilot — call-sign "Banger" — who was sitting inside a simulator wearing a VR headset five rounds to zero, as Defense One reports.

To some, the win signifies a turning point in what machine learning systems are capable of in the battlefield.

"There is a nobility to the human role, but it symbolically points to a future of more and more machines in more and more roles," P.W. Singer, an analyst at the New America Foundation in Washington, told The Daily Beast.

The teams had to start from the ground up to teach their AIs how to fly a fighter jet.

"You don’t have to teach a human [that] it shouldn’t crash into the ground… They have basic instincts that the algorithm doesn’t have," Lee Ritholtz, director and chief architect of AI, from Lockheed Martin told Defense One. "That means dying a lot. Hitting the ground, a lot."

For Lockheed Martin, it took several servers running trial-and-error dogfights around the clock to come up with its final AI, a piece of software capable of being run on a single graphics card.

The winning team's AI had been through more than 4 billion simulations, or about 12 years of flight time, as Ben Bell, senior machine learning engineer at Heron Systems, told Defense One.

READ MORE: Inside the Finale of DARPAH's Simulated Drone Dogfights [The Daily Beast]

More on the contest: DARPA Is Testing F-16s Flown by AI in Virtual Combat