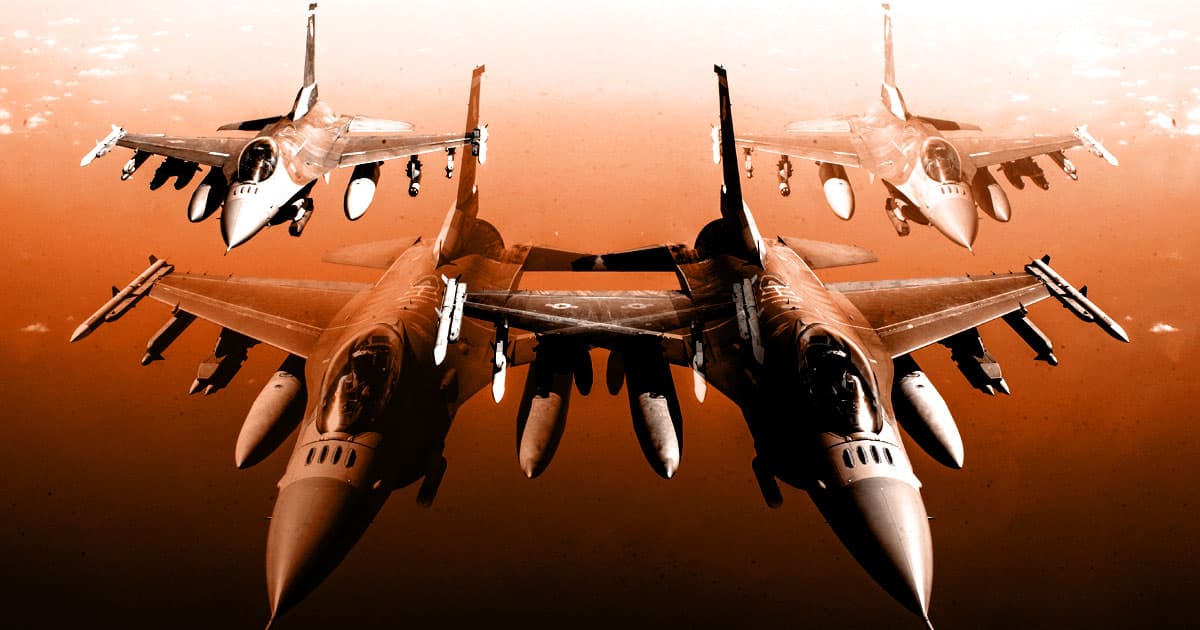 DARPA Is Testing F-16s Flown by AI in Virtual Combat

"A lot of them killed themselves on accident."

"A lot of them killed themselves on accident."

DARPA, the U.S. military’s research division, is about to host a virtual dogfight where simulated F-16 fighter jets duke it out in a virtual environment to find out which is the, uh, top gun.

It’s all part of an initiative to develop AI algorithms that could replace — or at the very least assist — fighter pilots during combat, Popular Science reports. And this all-AI deathmatch is just the first step: on Thursday morning, the winning algorithm will face off against a human pilot steering a virtual F-16.

The program bears a striking resemblance to Skyborg, an Air Force initiative with similar goals.

Skyborg quickly rose in prominence as military leaders grew excited about autonomous fighter jets, but then quickly pivoted to other goals like swarm drones when the Air Force realized that it was perhaps too ambitious.

DARPA’s engineers ran into challenges as well. Namely, they had to wait while the AI systems gradually learned how to fly.

“A lot of them killed themselves on accident — they would fly into the ground, or they would just forget about the bad guy altogether, and just drive off in some direction,” Col. Dan Javorsek, who’s managing the DARPA event, told PopSci. “We watched the agents go from being able to barely fly the airplane and barely prevent [themselves] from crashing, into true behaviors that looked like dogfighting.”

READ MORE: Virtual fighter jets powered by AI are battling for the chance to duel a human [Popular Science]

More on AI fighter jets: Air Force Pilots Are About to Do Battle With Autonomous Drones