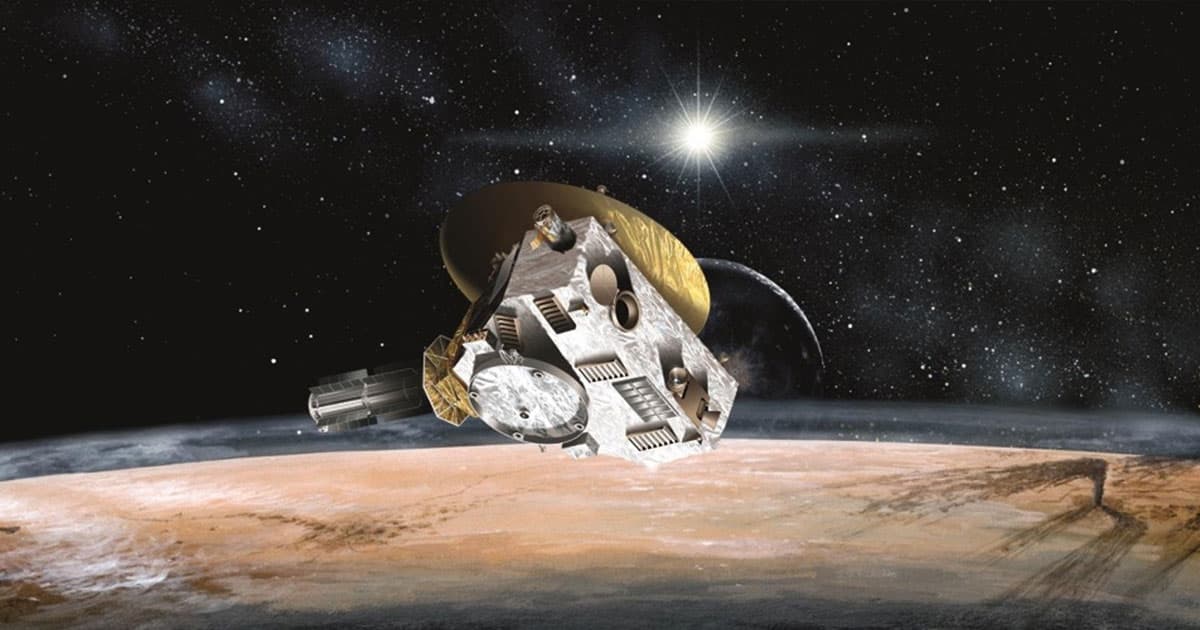 "It’s fair to say that New Horizons is looking at an alien sky, unlike what we see from Earth."

"It’s fair to say that New Horizons is looking at an alien sky, unlike what we see from Earth."

An extremely-distant NASA spacecraft is giving us the ability to look at the universe from a new perspective.

New Horizons is a NASA probe that was launched in the beginning of 2006. Since then, Popular Science reports, it's traveled 4.2 billion miles from Earth. It's so far away that when it looks out at the sky, nearby stars appear to be in different places than they do when seen from Earth.

Our @NASANewHorizons mission is more than four billion miles away. When the spacecraft turned its camera to some nearby stars, it saw them differently than we do from Earth: https://t.co/aZKGBihH69 pic.twitter.com/RhDrugPDQF

New Horizons captured images of two nearby stars, Proxima Centauri and Wolf 359, in April. Precise instruments measure the position of distant stars relying on slight shifts in perception called parallax, Popular Science reports. But this is the first time that such a shift is visible to the eye.

"It's fair to say that New Horizons is looking at an alien sky, unlike what we see from Earth," New Horizons principal researcher Alan Stern said in a NASA press release. "And that has allowed us to do something that had never been accomplished before — to see the nearest stars visibly displaced on the sky from the positions we see them on Earth."

For now, the new images are being celebrated for their world-first status. But in the future, more observations like this could help astronomers better map the cosmos.

"The professional and amateur astronomy communities had been waiting to try this," New Horizons researcher Tod Lauer said in the release, "and we're very excited to make a little space exploration history."

More on New Horizons: New Horizons Will Fly Past the Most Distant Object We’ve Ever Visited