The bespectacled bugs could help us give robots the gift of sight. 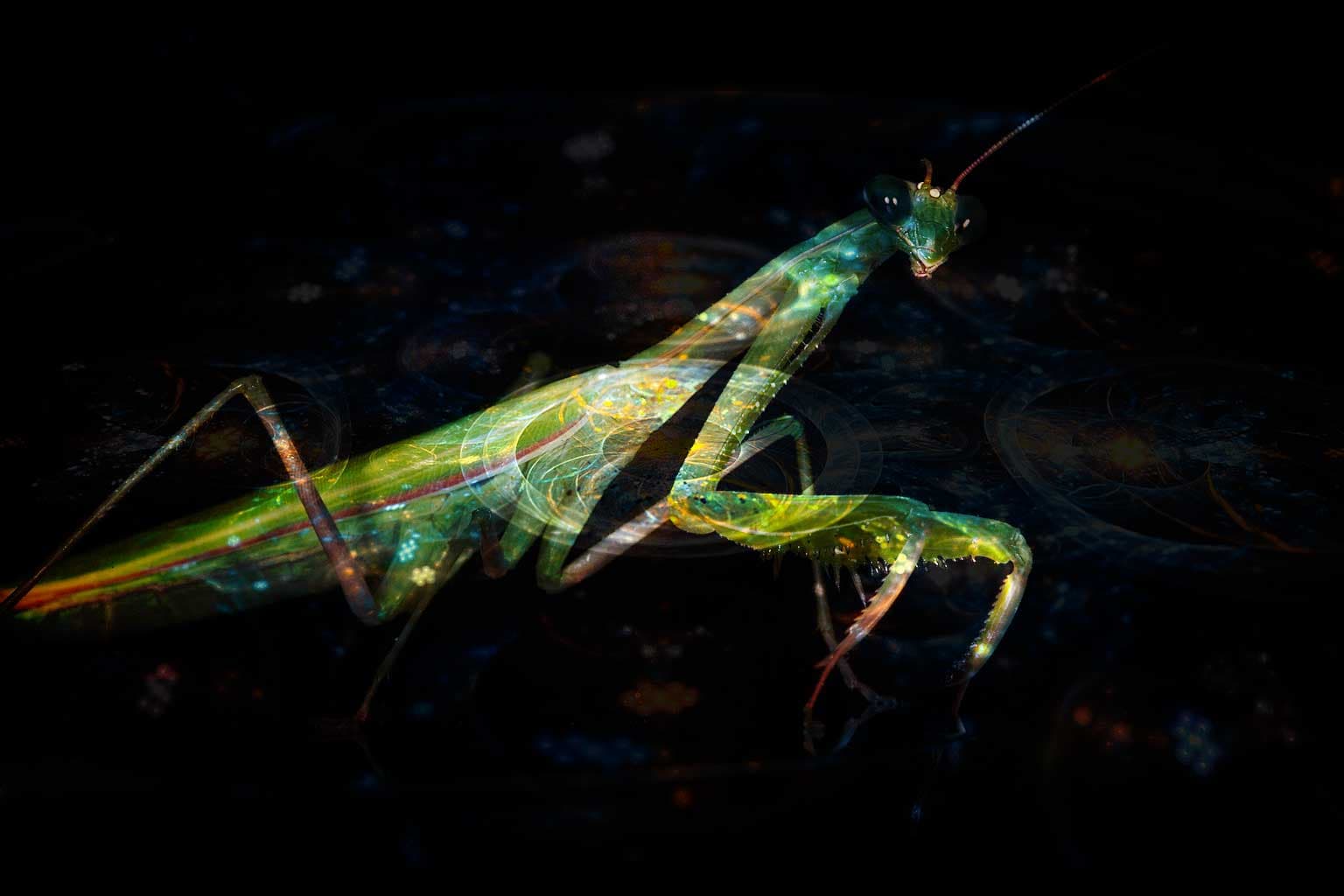 Scientists have gained new insight into the way praying mantises see the world, and this knowledge could potentially open up new avenues for computer vision.

Unlike other insects, praying mantises have a pair of large, forward-facing eyes. Humans and other primates use this kind of stereo sight setup to compare two slightly different viewpoints in order to gauge depth. However, it seems that praying mantises see things differently than we do.

Using beeswax as an adhesive, a team led by Vivek Nityananda at the University of Newcastle affixed lenses to praying mantises' faces, being careful not to cause injury. One lens was green and the other was blue, a setup that allowed the scientists to control what each eye could see.

The scientists then projected films onto a screen in front of the insects. The first film featured a moving dot, which the mantises attacked, demonstrating that they could perceive depth if an object moved. Then, the dot was manipulated to move in two different directions, a disparity that would prevent human eyes from comprehending the image, but the mantises still attacked it.

This suggests that mantises have a previously unknown type of vision. It relies on targets moving around, but those movements don't necessarily have to match between one eye and the other. It's based on motion over time, rather than a direct comparison.

Being insects, mantises have fewer than a million neurons, far fewer than the 85 billion possessed by humans. However, thanks to this unique form of vision they use, they can still see in three dimensions, just like we can.

The researchers noted in a press release that their discovery could lead to the development of an algorithm based on mantis vision. Small robots, such as those used to respond to disasters, could use this algorithm to assess their surroundings without the need for a sophisticated "brain."

Read This Next
Futurism
Two Eyes, Three Dimensions: Why We Have Stereoscopic Vision
Futurism
Bionic Contacts: Goodbye Glasses. Hello Vision That's 3x Better Than 20/20
More on Hard Science
Tractor Beam
Jan 26 on the byte
Scientists Build Working Tractor Beam, Although It's Comically Tiny
Having a Blast
Jan 18 on the byte
New Study Shows Where You Should Hide to Survive a Nuclear Attack
Offworld Amino
Jan 15 on the byte
Scientists Find Building Blocks of Life in Meteor That Smashed Into Family's Driveway
READ MORE STORIES ABOUT / Hard Science
Keep up.
Subscribe to our daily newsletter to keep in touch with the subjects shaping our future.
+Social+Newsletter
TopicsAbout UsContact Us
Copyright ©, Camden Media Inc All Rights Reserved. See our User Agreement, Privacy Policy and Data Use Policy. The material on this site may not be reproduced, distributed, transmitted, cached or otherwise used, except with prior written permission of Futurism. Articles may contain affiliate links which enable us to share in the revenue of any purchases made.
Fonts by Typekit and Monotype.