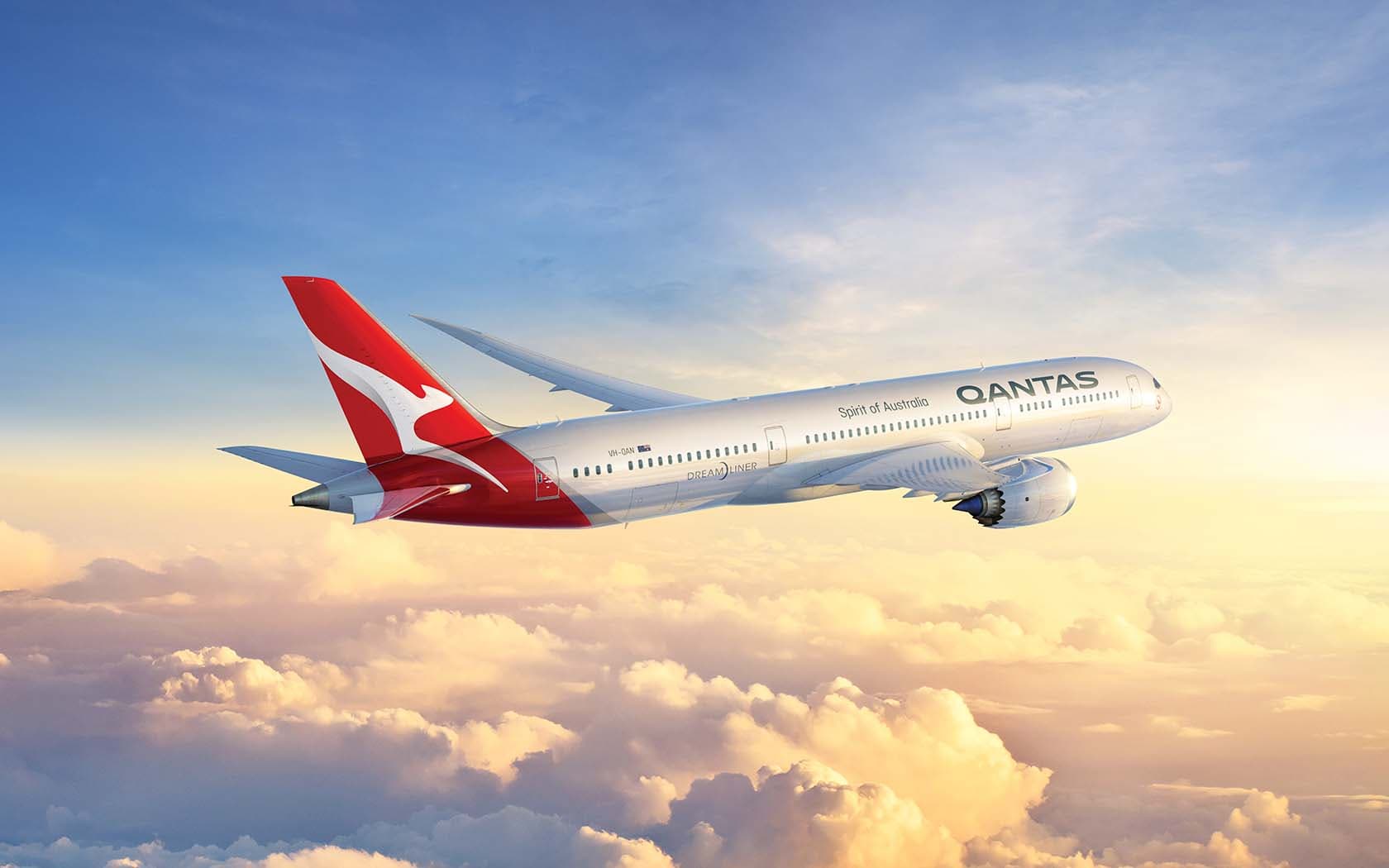 On Tuesday morning, a flight from Los Angeles landed in Melbourne and made history as the first biofuel-powered flight between the U.S. and Australia. The Qantas plane, a Boeing Dreamliner 787-9, was powered using a blend of 90 percent standard jet fuel and 10 percent biofuel, which was derived from brassica carinata, an industrial mustard seed.

When compared to a normal flight, this flight produced 7 percent fewer carbon emissions. In a direct pound-for-pound comparison, though, the mustard seed biofuel produces 80 percent fewer emissions than the traditional fuel over the course of its life cycle.

Currently, airlines are only allowed to use a maximum of 50 percent biofuel to power flights. A Qantas spokeswoman told The Guardian the company believes new specifications could increase that to 100 percent.

Biofuels could go a long way toward reducing flight emissions, but because they are often produced from waste oil from the restaurant industry, supplies are inconsistent. Brassica carinata, on the other hand, makes sense as a crop grown specifically for use as a biofuel because it benefits farmers.

If farmers grow one crop on the same plot of land every year, it hurts the soil. If every few years they planted mustard seed on that land, it would improve the soil quality. The farmers could then harvest the mustard seed, press out the oil themselves, and use it to power their equipment, Daniel Tan, an agriculture expert from the University of Sydney, told The Guardian.

After extraction, the leftover material could be used as animal feed, and any extra oil could be sold to the aviation industry, providing it with the consistent access needed to make biofuels a regular part of operations.

The Qantas flight may have just been one of the thousands that criss-cross the globe every day. However, by showing that mustard seed biofuel is viable, it could lead to a shift that would be good for farmers, for airlines, and for our planet.

Read This Next
Crimate
Kardashian Slammed for 17-Minute Private Jet Flight to Beat Traffic
Futurism
Want to Save the Environment? Experts Say You Should Stop Traveling.
Futurism
One of the World's Largest Oil Companies is Spending $1 Billion a Year on Green Energy Research
Futurism
The Energy of Tomorrow May Not Be Solar, but Seaweed
Futurism
Plant-Based Biofuels Are Completely Transforming Energy
More on Earth & Energy
Save Yourselves
Yesterday on the byte
Furious Marsupial So Thirsty For Sex That It’s Dying, Scientists Warn
Stem Ware
Feb 3 on the byte
Scientists Discover World's Oldest Preserved Vertebrate Brain
From Bad to Worse
Feb 2 on the byte
Global Warming Is Worse Than We Thought, AI Tells Scientists
READ MORE STORIES ABOUT / Earth & Energy
Keep up.
Subscribe to our daily newsletter to keep in touch with the subjects shaping our future.
+Social+Newsletter
TopicsAbout UsContact Us
Copyright ©, Camden Media Inc All Rights Reserved. See our User Agreement, Privacy Policy and Data Use Policy. The material on this site may not be reproduced, distributed, transmitted, cached or otherwise used, except with prior written permission of Futurism. Articles may contain affiliate links which enable us to share in the revenue of any purchases made.
Fonts by Typekit and Monotype.