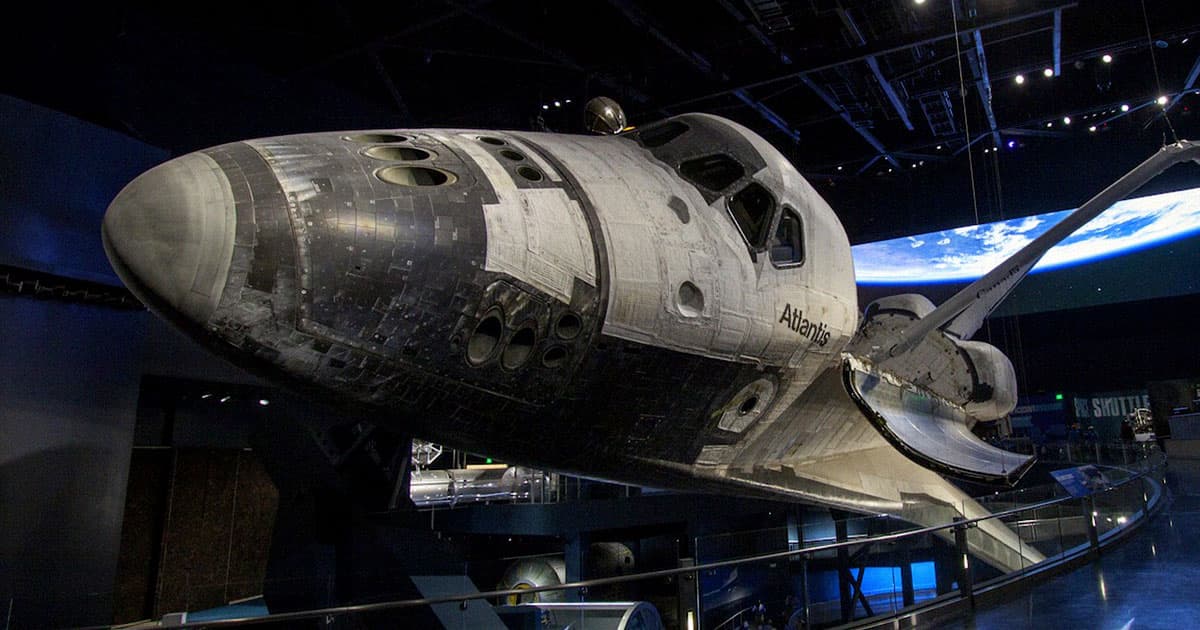 Some days, you just need to be reminded of the good in the world — and today, that reminder comes in the form of an unlikely photo of a NASA space shuttle.

It's unclear which NASA shuttle Twitter user and obvious spaceflight enthusiast @McOfficialPlays booped on the snoot in this awesome photo, but as one responder noted, it was indeed epic.

Whomst among us, if given the opportunity to boop a shuttle on its gigantic snoot, wouldn't take it? Anyone who says they wouldn't would be a liar — or very boring.

Though this may be the first times anyone's thought to boop a shuttle's snoot (or "snuttle," if you're feeling fancy) and take a picture of it, it's the latest in a long line of adorable photos taken with — and in more recent cases, by — spacecraft.

Take, for example, the somewhat trippy selfie taken by NASA engineers who photographed themselves in the golden mirrors of the James Webb Space Telescope before it left terran shores.

Coolest selfie. NASA scientists post photo with James Webb telescope (via Reddit). I’m excitedly anticipating what this will reveal about the universe. pic.twitter.com/bycAJ0ndWg

Since its launch, the JWST has taken its own selfie, which are almost as cute as the ones taken by China's Zhurong Mars rover.

China’s Zhurong Mars rover recently rolled up to a wireless camera, placed on the surface by the rover earlier this year, and posed for a selfie!

Checkout the Tianwen-1 lander photobombing in the back!

Space is, of course, the final frontier — but as we deal with overwhelming conflict here on Earth, every once in a while we get these really sweet reminders that the machinery we built to send to the stars is pretty adorable too.

More cute spacecraft: India Is Testing a Spacecraft That Looks Like a Tiny NASA Space Shuttle