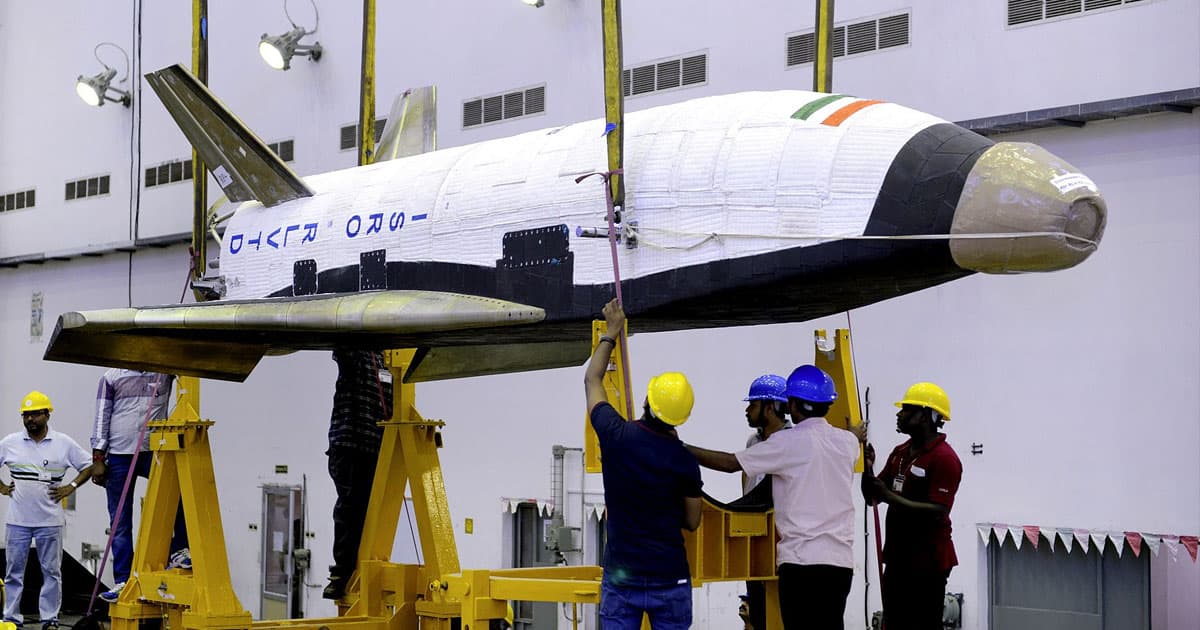 If imitation is the sincerest form of flattery, India’s paying a huge compliment to NASA with its latest space vehicle design.

The Indian Space Research Organization (ISRO), the country’s national space agency, recently announced plans to test out its reusable launch vehicle-technology demonstrator (RLV-TD) in the next few months, The Times of India reports. The vehicle itself bears a striking resemblance to the now-retired space shuttles that NASA used from 1981 to 2011.

However, the demonstrator is adorably small compared to a full-sized space shuttle. That’s by design, though, since it’ll only be used as part of experiments to prove the concept, before being scaled up so it can carry a whole crew of astronauts instead of ants.

"We have a space shuttle program at home."

The first test will involve a landing experiment in which the RLV-TD will be carried via helicopter until it’s between three to five kilometers high before being released. The vehicle will then glide towards a runway roughly four kilometers away and autonomously land.

“Once we successfully complete this mission and we have validated the software, landing gear, and get data on how the aerodynamics sensors worked to maneuver the aircraft… we will be ready for the orbital re-entry experiment,” Unnikrishnan Nair, director of the Vikram Sarabhai Space Center, told the Times of India.

Since the shuttle will be reusable, it’ll also cut a ton of costs for the burgeoning Indian space program, which is operating with relatively more limited budget and resources than more advanced programs such as NASA.

Ultimately, it could be a great investment for the ISRO and one that will hopefully bear fruit for a burgeoning space program that’s seen its fair share of setbacks in recent years due to the pandemic — as well as catastrophic rocket explosions.