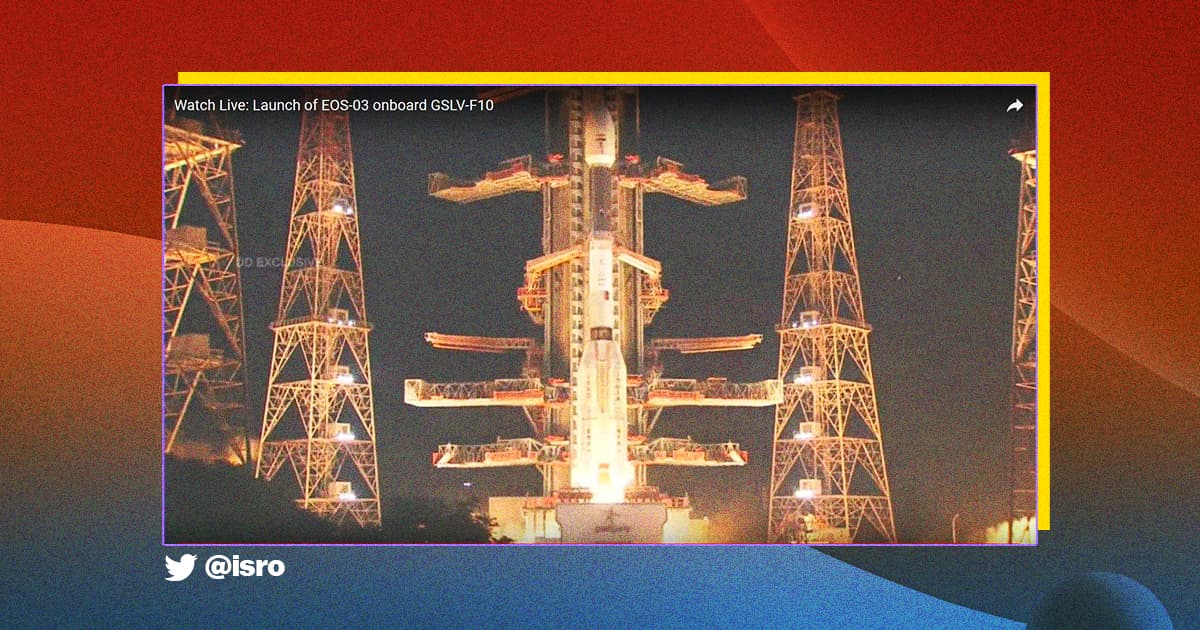 The failed launch ended a 14-rocket winning streak for India.

The failed launch ended a 14-rocket winning streak for India.

This marks the first failed launch for the ISRO after a string of 14 consecutive successful launches since 2017, Space.com reports. The Geosynchronous Satellite Launch Vehicle (GSLV) rocket had been carrying a new satellite that was expected to help with navigation as well as providing researchers near real-time footage to help track natural disasters and monitor the country's forests and agriculture.

It's not yet clear what steps the ISRO will take next, but it seems likely that it will place the remaining four launches scheduled for 2021 on hold until the agency can isolate exactly what went wrong.

Video footage of the launch makes the rocket look like a giant fireball ascending into the sky. Eventually, though, that fireball seems to fizzle out. The ISRO later confirmed that's because the rocket's third stage failed to ignite about six minutes after the rocket took off.

"GSLV-F10 launch took place today at 0543 Hrs IST as scheduled," the ISRO tweeted on Wednesday. "Performance of first and second stages was normal. However, Cryogenic Upper Stage ignition did not happen due to technical anomaly. The mission couldn't be accomplished as intended."

As Space.com notes, it's been a difficult year for the ISRO in which multiple missions were shuffled around due to pandemic related delays. While the agency did successfully launch two rockets in 2020, many of the agency's other planned missions have remained in scheduling limbo — and this failure seems unlikely to help.