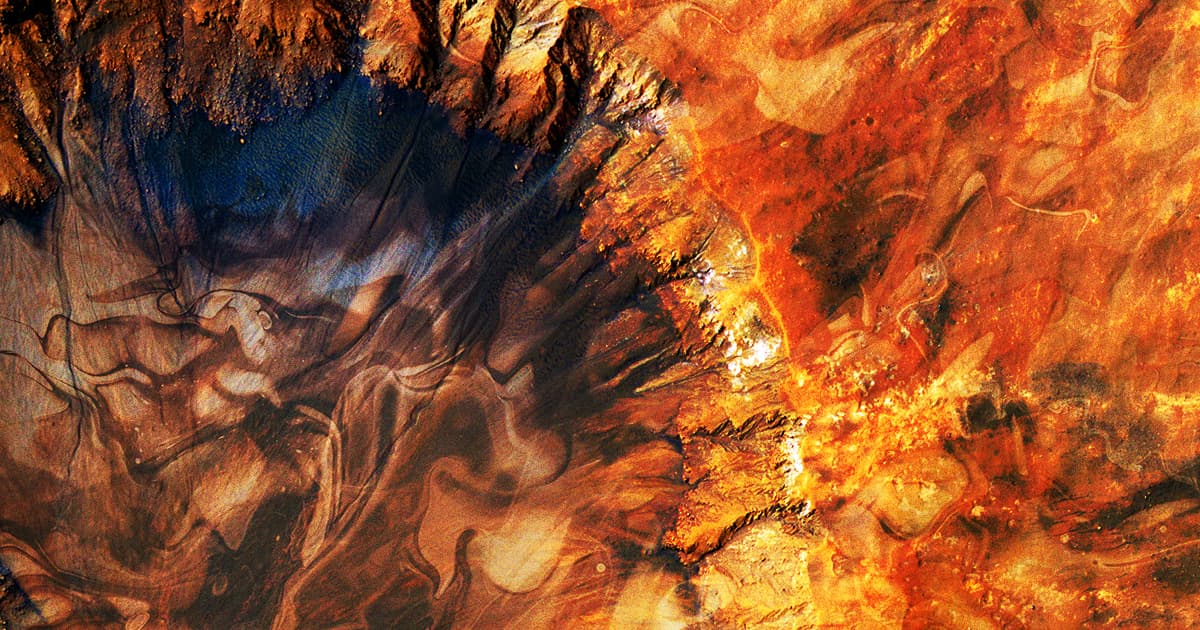 "The environment with the best chance of habitability on Mars is the subsurface."

"The environment with the best chance of habitability on Mars is the subsurface."

Mars might be harboring an ecosystem of microbial life underneath its surface that survives on radioactivity-fueled chemical activity, an international team of scientists led by NASA says.

Even though the surface of Mars is hellish and inhospitable, the environment just beneath the surface may mirror the conditions that support underground microbes on Earth, according to new research published in the journal Astrobiology. It's intriguing research and, despite being deeply speculative, could provide NASA and other space agencies with fresh ideas for what to look for in the ongoing hunt for past or present life on the Red Planet.

As Above, So Below

The scientists drew parallels to a similar phenomenon on Earth, in which underground radioactive compounds break down water molecules to produce life-sustaining compounds like hydrogen gas and sulfates.

This process has sustained subterranean microbes on Earth for millions of years if not longer, according to SciAm, and the researchers say that that the same thing could be happening on Mars based on their analysis of Martian meteorites and new data from NASA rovers. Even if there aren't any radioactivity-fueled alien microbes on the Red Planet today, the scientists suspect that there could have been at some point in time.

The one missing component, the scientists say, would be Martian groundwater. If there is water in the cracks and pores of the Martian subsurface, then the radiolysis process could theoretically support alien microbes today. But that's a big "if," Rutgers University planetary scientist Lujendra Ojha, who didn't work on the study, told SciAm.

That's not to say that Ojha disagrees with the researchers' conclusion, but rather that there's no guarantee we'll find groundwater in the Martian subsurface.

"Where there is groundwater, there could be life," Ojha told SciAm.

More on Mars: Scientists Show That Algae Could Grow Using Only Mars Resources