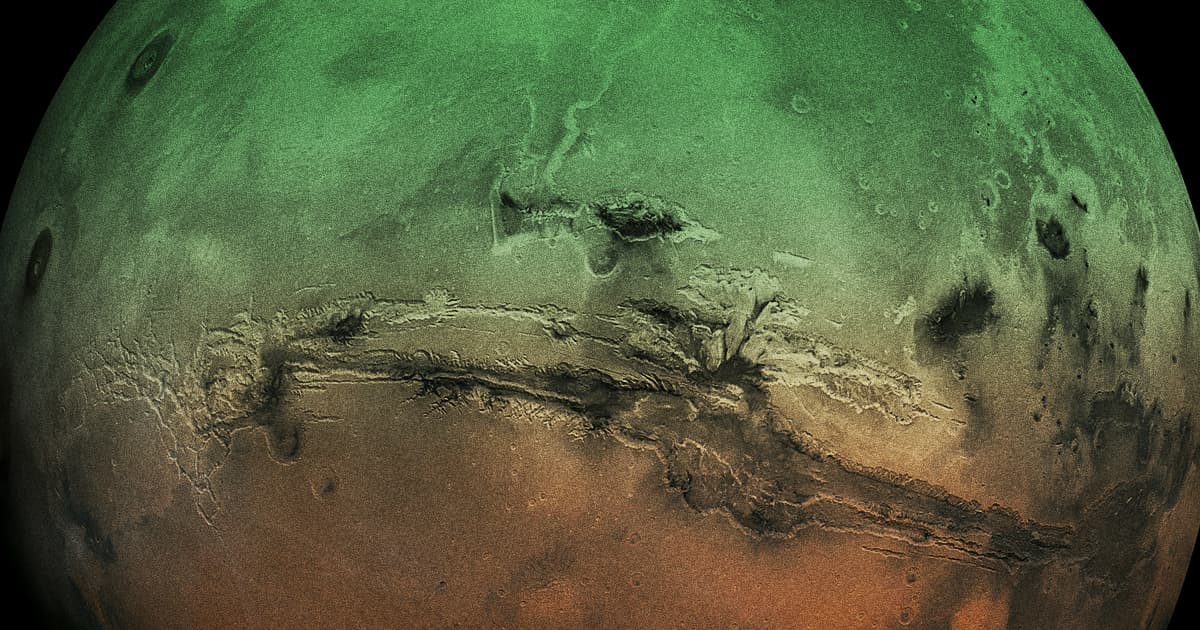 Scientists Show That Algae Could Grow Using Only Mars Resources

The implications for planetary colonization are huge.

The implications for planetary colonization are huge.

A new experiment showed that it's possible to grow bacteria on Mars — breathing life into the idea of a self-sustaining mission to the Red Planet.

The oxygen-producing bacteria was able to survive by taking in gases and nutrients prevalent on Mars, according to research published Tuesday in the journal Frontiers in Microbiology. While the system, housed in a bioreactor built to simulate Mars, is just a proof-of-concept experiment, it suggests that future Martian explorers or settlers may be able to survive without depending on frequent resupply missions from Earth — making deep space exploration a much more feasible pursuit.

That's not to say astronauts will be able to plop some bacteria down on a Mars rock and watch it grow — the new bioreactor built by University of Bremen researchers grew the bacteria in glass and steel vessels that could maintain specific conditions that allowed it to survive.

But even if the bacteria wasn't exposed to the open air, everything fed into the bioreactors is available on Mars. The bacteria grew better under Earthlike conditions, but it still fared just fine when fed water, a mix of gases that mirrors Mars' atmosphere, a proxy for Martian regolith, and was maintained at a Mars-like atmospheric pressure.

"We want to use as nutrients resources available on Mars, and only those," University of Bremen astrobiologist Cyprien Verseux said in a press release.

The new bioreactor won't find its way on board an actual Mars mission any time soon — Verseux explained in the release that there's a lot of work left before the device would actually be practical as a life support device rather than a laboratory experiment.

"We want to go from this proof-of-concept to a system that can be used on Mars efficiently," Verseux added.

But if they can figure out how to make a practical version of the bioreactor, future Martian explorers would be able to take the system with them, growing their own oxygen — and, in a pinch, snacking on the algae itself..

More on bioreactors: The ISS Now Has an "Algae Bioreactor" Generating Oxygen and Food

Martian Oases
Scientist Proposes Growing a Forest Inside a Bubble on Mars
Dec 3
Read More
Monkey Business
China Plans to Send Monkeys to Space Station to Have Sex With Each Other
Nov 3
Read More
Big Impact
Meteorite Hit Mars So Hard NASA Thought It Was a Quake
Oct 28
Read More
+Social+Newsletter
TopicsAbout UsContact Us
Copyright ©, Camden Media Inc All Rights Reserved. See our User Agreement, Privacy Policy and Data Use Policy. The material on this site may not be reproduced, distributed, transmitted, cached or otherwise used, except with prior written permission of Futurism. Articles may contain affiliate links which enable us to share in the revenue of any purchases made.
Fonts by Typekit and Monotype.