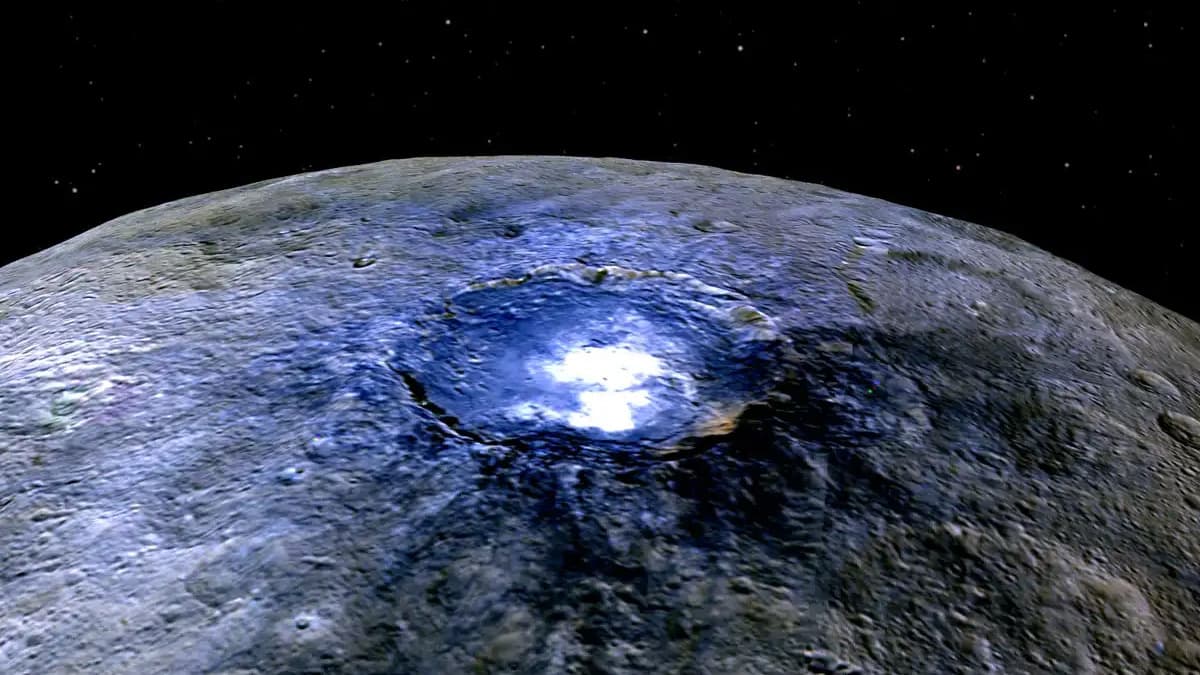 We used to think Earth was the only planet in the solar system with a liquid ocean. It's not — and that could change everything.

We used to think Earth was the only planet in the solar system with a liquid ocean. It's not — and that could change everything.

In recent years, scientists have learned that one of Earth's most unique features — its liquid oceans — is far more common throughout the solar system than scientists ever expected.

Take Ceres, a dwarf planet orbiting our Sun inside the asteroid belt, which scientists discovered earlier this year is actually an ocean world, according to Discover Magazine. The discovery of abundant water on other worlds could have huge implications for the search for extraterrestrial life — to the point that NASA astronomer Alan Stern tells Discover that it's "one of the most profound discoveries in planetary science in the Space Age."

Most of the water in the solar system is either tucked away underground, like in Mars' subterranean lakes, or frozen over, like that on the Moon. But now, NASA research suggests that Ceres was struck by a space rock 20 million years ago that punctured its surface and unleashed a flood of extremely salty water. In order to better understand what happened and to study the oceans, NASA may soon send a spacecraft to touch down on Ceres' surface, according to Discover.

"Ceres is a lot closer and it's a lot easier to get to than these moons in the outer solar system," Carol Raymond, principal investigator of the NASA Dawn mission that sent a probe to Ceres in 2015, told Discover. "It is a very enticing target."

It's not just Ceres. There are other high-profile ocean worlds like Saturn's moon Titan and, bizarrely, even Pluto.

NASA's New Horizons mission to Pluto, headed by Stern, found that Pluto formed rapidly through an onslaught of space rock collisions that continue to heat up the former planet's liquid oceans, Discover reports.

The implications of all that aren't clear yet — but it's within the realm of possibility that the implications could lead to the first discovery of life beyond Earth.

Editor's note: A previous version of this story incorrectly stated that Titan is a moon of Jupiter, rather than Saturn. It has been updated.