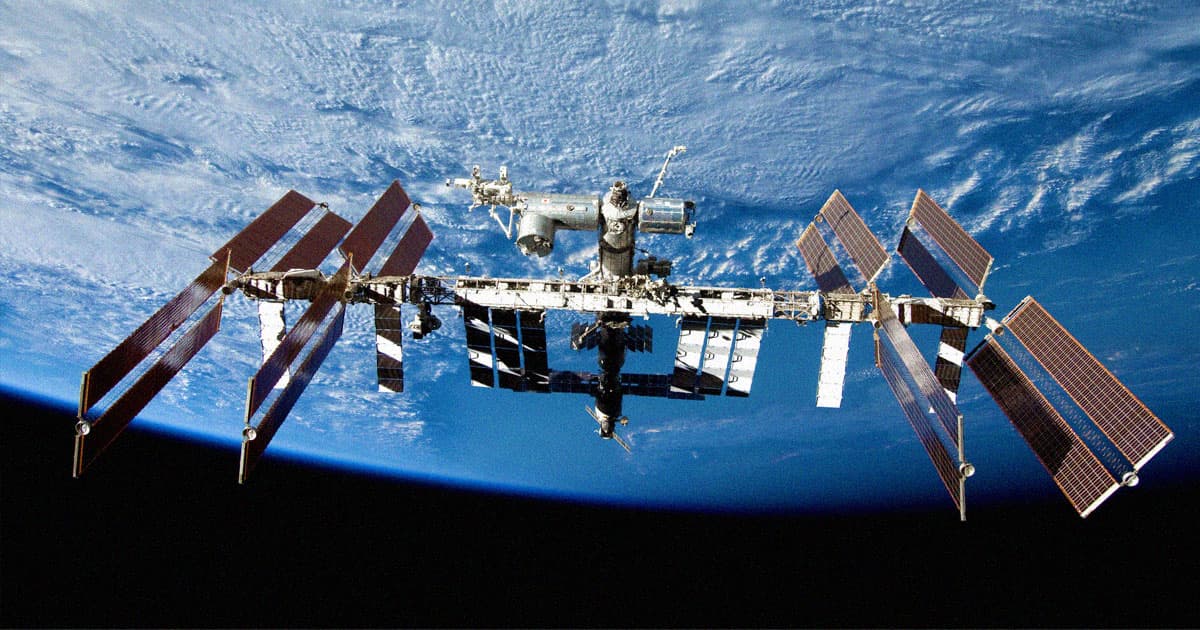 NASA Insiders Say If Russia Pulls Out of ISS, It May Need to Be Destroyed

"The ISS was never intended to be broken apart."

"The ISS was never intended to be broken apart."

As Russia continues to torpedo its reputation with the world, it might end up taking the International Space Station down with it.

A range of space experts including current and former NASA officials have told Politico that if Moscow decides to pull its modules from the orbital laboratory, it's quite possible that it would force NASA and other agencies to destroy it.

That’s due to the fact that Russian modules help keep the station in orbit with boosters. While the outpost could stay afloat with the help of entities like SpaceX, it might not be worth the resources because, remember, it’s slated to be yeeted into the ocean in 2031 anyway.

"We’d have to invest a bunch of additional money to make that happen," Brian Weeden, a space researcher at the Secure World Foundation, told Politico. "The ISS was never intended to be broken apart."

It doesn’t help that Dmitry Rogozin, the head of Russia’s space agency Roscosmos, has spent the past week posting pro-Moscow propaganda to Twitter, while also making thinly-veiled threats that the agency might withdraw its modules as an act of sabotage.

At the heart of Rogozin’s bloviating are the devastating economic sanctions that much of the world has enforced against Russia following its invasion of Ukraine. Then again, if Russia's leadership didn’t want the world to turn against it, maybe they shouldn’t have invaded a sovereign nation.

Regardless, we’re very likely seeing a turning point in Russia-US space relations. While it has historically remained warm, with both countries putting aside geopolitical differences in order to further the advancement of space research, it looks like that state of affairs may well be falling apart — maybe for good.

Unfortunately, that means the loss of untold lives and destruction of communities, not to mention the loss of scientific understanding and cooperation.