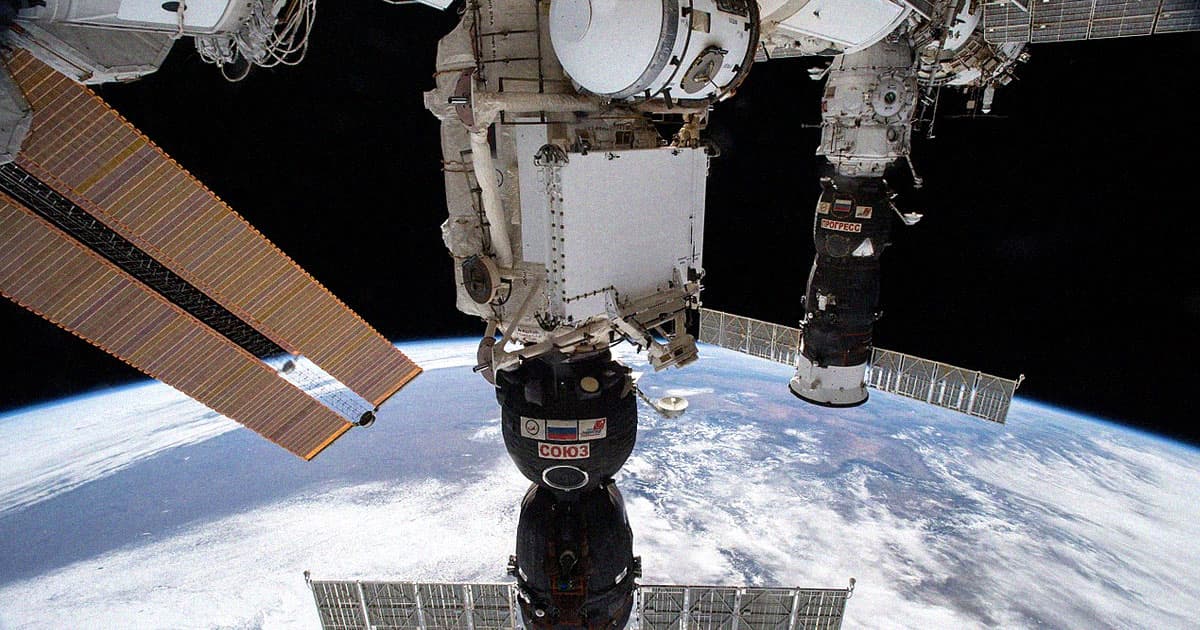 Does NASA really need Russia to keep the ISS in orbit?

Does NASA really need Russia to keep the ISS in orbit?

And that could bode badly for operations on board the International Space Station, with NASA reportedly already investigating ways to keep the station in orbit without Russia’s help.

While the US supplies the outpost with both power and life support, Russia provides propulsion to keep the 500-ton structure aloft, using its Progress spacecraft docked to the station.

Without the assistance of its boosters, the ISS could risk deorbiting and plummeting down toward the Earth, something that the head of Russia’s space program Dmitry Rogozin ominously warned could happen if the latest round of US sanctions were to go through.

But if push comes to shove, there may be other ways for NASA to keep the station aloft. The head of the agency’s human spaceflight program, Kathy Lueders, told reporters this week that defense company Northrop Grumman had already reached out to offer propulsion services.

“And, you know, our SpaceX folks are looking at can we have additional capability,” Lueders said, as quoted by The Guardian.

While she said the station is still operating “nominally,” Leuders added that NASA is always looking for ways to “get more operational flexibility and our cargo providers are looking at how do we add different capabilities.”

In fact, Northrop Grumman already made good on its offer, providing a reportedly boost-ready Cygnus cargo vessel, which docked with the ISS last month.

SpaceX CEO Elon Musk also indicated that his space company could jump in. Last week, he replied with a picture of the SpaceX logo to Rogozin, who asked “who will save the ISS from uncontrolled deorbiting and falling into the United States.”

Whether SpaceX’s Crew Dragon spacecraft will be able to provide enough of a boost to keep the station safely in orbit remains to be seen, however.

Lueders emphasized that “it would be very difficult for us to be operating on our own,” arguing that the ISS was created with “joint dependencies.”

She also noted it would be a “sad day for international operations” if Russia really did make good on its threat to pull out of the space station.

The outpost launched 23 years ago and has been continuously occupied by astronauts and cosmonauts alike for over two decades — a heady symbolic achievement in addition to a scientific and technological marvel.

More on Russia’s space program: Awkward! A NASA Astronaut Is Currently Scheduled to Fly Back to Earth in a Russian Spacecraft