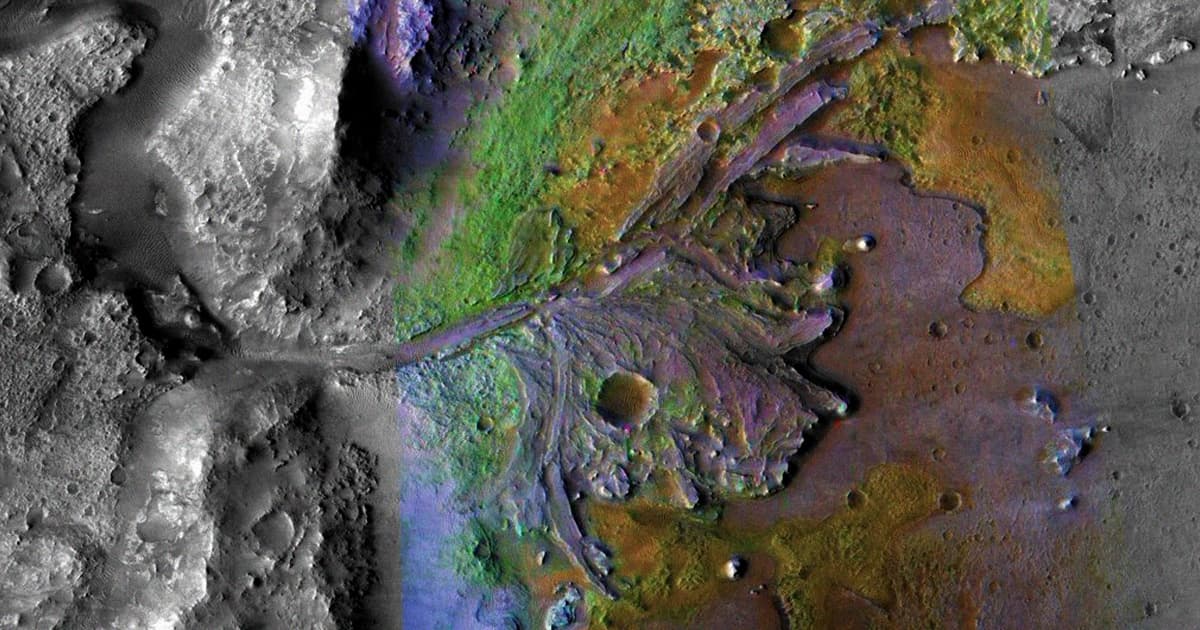 "Without driving anywhere, the rover was able to solve one of the big unknowns."

"Without driving anywhere, the rover was able to solve one of the big unknowns."

New data from NASA's Perseverance rover confirms that Jezero Crater, the area on Mars that it's been exploring since it touched down back in February, is indeed the site of a gigantic ancient lake.

The rover found geological structures that researchers from NASA and a long list of American and European universities say could have only been formed by a river flowing into a lake for a long period of time, according to research published in the journal Science on Thursday. Images of a distant structure show distinct layers of sediment that wouldn't have formed in a dry atmosphere, confirming that Mars used to harbor huge lakes or even oceans geologically similar to Earth's.

Scientists have long suspected that Jezero Crater used to be a lake, but they had never been able to definitively prove it. They also had no way of knowing whether any surface water on Mars persisted for long periods of times or if it was fleeting, either evaporating or draining shortly after it pooled up.

"Without driving anywhere, the rover was able to solve one of the big unknowns, which was that this crater was once a lake," study co-author and MIT planetary scientist Benjamin Weiss said in a press release. "Until we actually landed there and confirmed it was a lake, it was always a question."

The sediment layers will also serve as a prime location to hunt for ancient fossils, Space.com notes, as whatever river or glacier deposited the minerals there could have also ferried evidence of microbes or other organisms downstream as well.

"The most surprising thing that’s come out of these images is the potential opportunity to catch the time when this crater transitioned from an Earth-like habitable environment to this desolate landscape wasteland we see now," Weiss added. "These boulder beds may be records of this transition, and we haven’t seen this in other places on Mars."