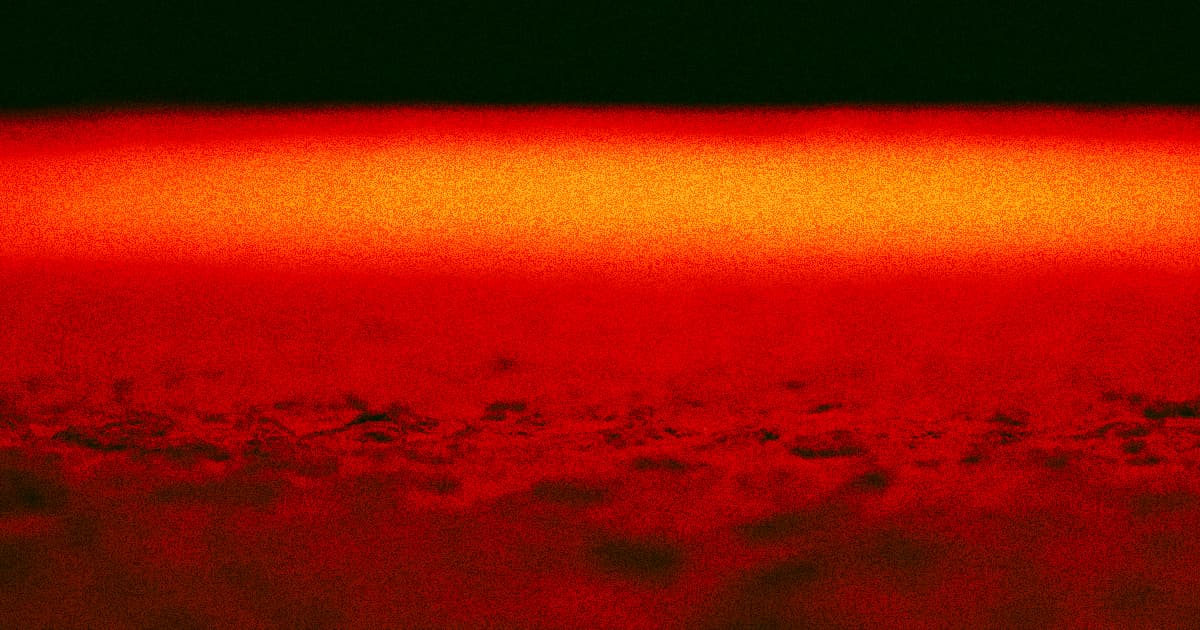 The samples are an indication that Mars may have had hospitable conditions for millions of years.

The samples are an indication that Mars may have had hospitable conditions for millions of years.

Back in 2016, NASA's Curiosity rover dug up some Martian clay that scientists are now saying is compelling evidence that the Red Planet could have once hosted life.

The finding suggests that Mars experienced a long period of relatively stable, hospitable conditions, according to research published Monday in the journal Nature Astronomy. That's not even close to saying that Mars once hosted life, but it's a promising sign that the planet was ever capable of doing so.

The key to the new study comes down to a mineral called glauconite. On Earth, glauconite often turns up in sediment beds at the bottom of bodies of water as well as in carbonates and sandstones, according to Phys.org. What all three have in common is that it takes them long, long time periods of relative stability in order to form.

Well, the scientists, who hail from NASA and a variety of research institutes in Spain, found that the Martian samples strongly resemble glauconitic clays in terms of both physical structure and chemical composition. With that discovery in hand, the team made a few evidence-based assumptions about what Mars must have been like in order for such a mineral to form.

First, they suggest that Mars had large bodies of water on the surface. That's already a pretty well-accepted hypothesis, though, as more and more evidence of ancient rivers and lakes has piled up in recent years. But beyond that, the researchers say in the paper that whenever this ancient lake was around, Mars must have also low, temperate temperatures so that the lake didn't immediately freeze or evaporate away. And then in order to actually form these clay deposits, that time period must have lasted for millions of years.

Again, that's not direct evidence that life exists or ever existed on Mars. But a temperate, aqueous era that lasted that long would have given any budding life forms enough time to emerge and proliferate before the Martian environment turned into the frozen hellscape it is today — and that's intriguing.

More on Martian lakes: The Lakes of Mars Likely Dried Up Multiple Times Before Vanishing