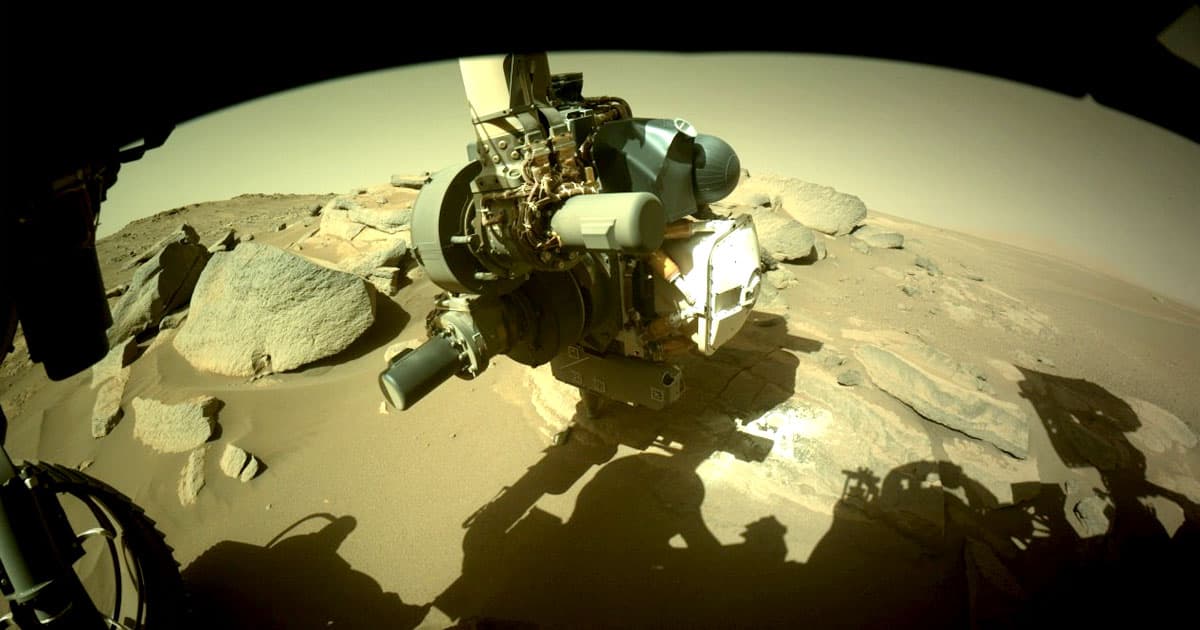 NASA's Perseverance Mars Rover has scooped up its next Martian soil sample — and this time, its brand new souvenir was shot through with a special geological feature.

"My latest sample is from a rock loaded with the greenish mineral olivine," the rover's official Twitter account wrote in an update today, "and there are several ideas among my science team about how it got there.

Another little piece of Mars to carry with me.

My latest sample is from a rock loaded with the greenish mineral olivine, and there are several ideas among my science team about how it got there. Hypotheses are flying! Science rules. #SamplingMars https://t.co/L6lhCNdqWq pic.twitter.com/bFXxExhS1P

Minerals like basalt and olivine are commonly found in solidified pieces of lava or magna on Earth, known as igneous rock.

NASA scientists are trying to find a correlation between olivine and carbonates, special minerals that are typically formed when carbon dioxide interacts with liquid water.

The Jezero crater, a region where Perseverance landed in February 2021, was recently confirmed to be a dried up ancient lake bed — and also features a wealth of carbonate deposits, making it an ideal spot to investigate the habitability of ancient Mars.

In fact, Perseverance's landing site was full of olivine deposits, leaving NASA scientists scratching their heads over how it got there.

One theory suggests it could be the result of an explosive ash deposit — or proof that the Jezero crater is indeed a dried up lake basin.

And now, the rover has acquired its next exciting find — another step in uncovering the many secrets about Mars' eventful history.