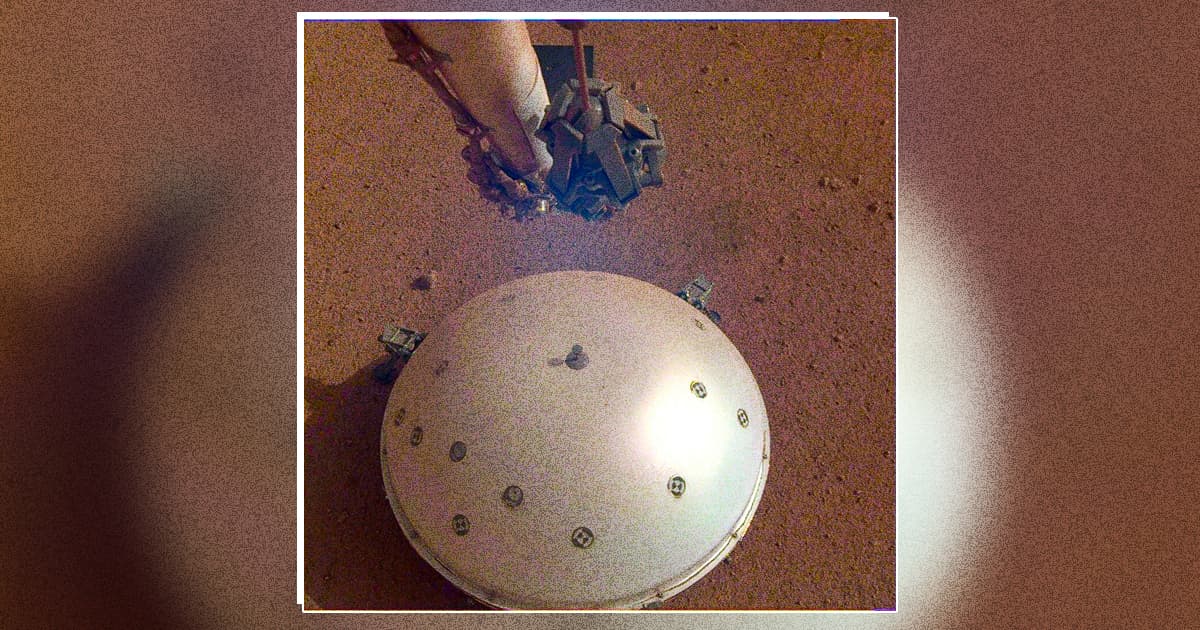 NASA Lander Is off Life Support and Back To Work

"If we hadn't acted quickly earlier this year, we might have missed out on some great science."

"If we hadn't acted quickly earlier this year, we might have missed out on some great science."

InSight, a robotic lander that NASA landed on Mars in 2018, is back to work after a harrowing months-long dormancy.

Last week, the lander detected one of the largest and longest marsquakes of its roughly thousand-day tenure on Mars, according to an announcement from NASA's Jet Propulsion Laboratory (JPL). The quake, which lasted for about 90 minutes at magnitude 4.2, was the latest of three powerful quakes over the past month that dethroned the previous record holder, a comparatively feeble magnitude 3.7 quake from 2019.

That's interesting on its own, but it also means is that InSight is finally back to work after a Martian winter that almost took the lander offline for good.

Back in June, InSight scientists had to make the tough call to power down some of the lander's instruments in order to conserve energy. Dust and dirt had blanketed InSight's solar panels, and with Mars traveling away from the Sun, it couldn't harness enough energy to stay online. NASA managed to buy some extra time with a little trick that involved dropping sand on the panels that dragged dirt away when the wind blew it.

"If we hadn't acted quickly earlier this year, we might have missed out on some great science," NASA JPL researcher and InSight's principal investigator, Bruce Banerdt, said in the new announcement. "Even after more than two years, Mars seems to have given us something new with these two quakes, which have unique characteristics."

But now Mars is once again traveling closer to the Sun and InSight can power again, allowing research to continue at a greater pace.

The team is still analyzing the new Marsquakes, but they've already determined that they came from different places and consisted of waves with drastically different frequencies from one another. That variety, according to the NASA announcement, will prove immensely valuable to scientists, as it helps them paint a clearer picture of what Mars is made of beneath the surface.