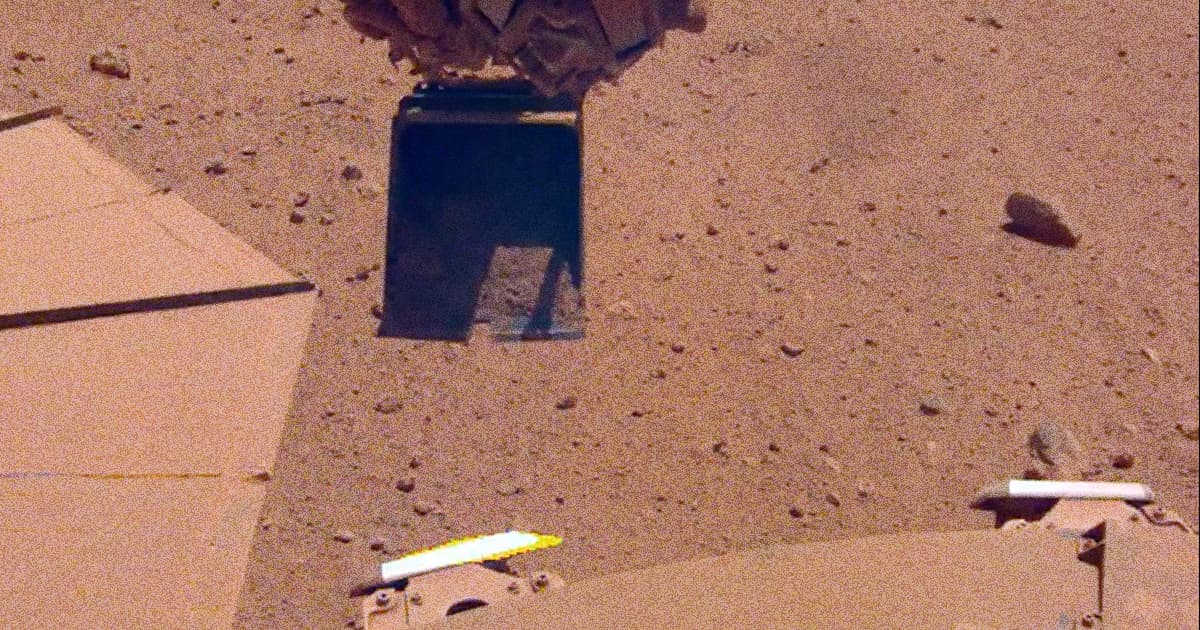 InSight is saved, at least for now.

InSight is saved, at least for now.

NASA's robotic lander InSight has been in a perilous position for nearly a year — thick piles of dust blocking its solar panels forced its operators to consider shutting down all but its most essential hardware in order to save its precious energy.

But now, technicians at the NASA Jet Propulsion Laboratory have managed to buy InSight a little more time with a clever trick, according to a JPL press release. After a few failed attempts to shake the dust loose, NASA instructed InSight to scoop up and slowly drop sand upwind of its solar panels. As it did, the wind caught the sand and blew it across the solar panels, wiping away some of the dust as well.

"We weren't sure this would work, but we're delighted that it did," InSight mission manager Matt Golombek said in the press release.

InSight isn't totally in the clear yet. Mars is still traveling farther from the Sun at this point in its orbit, so NASA still may have to make some tough decisions about which instruments and components stay online and which get shut down to save power, even with the boost provided by the less-obscured solar panels.

Still, the extra juice should tide the lander over until Mars once again travels closer to the Sun in early August, according to the release. Pending a dust storm or some other calamity that might once again cover up the solar panels, NASA should be able to power up more of InSight's scientific tools at that point and continue its research.