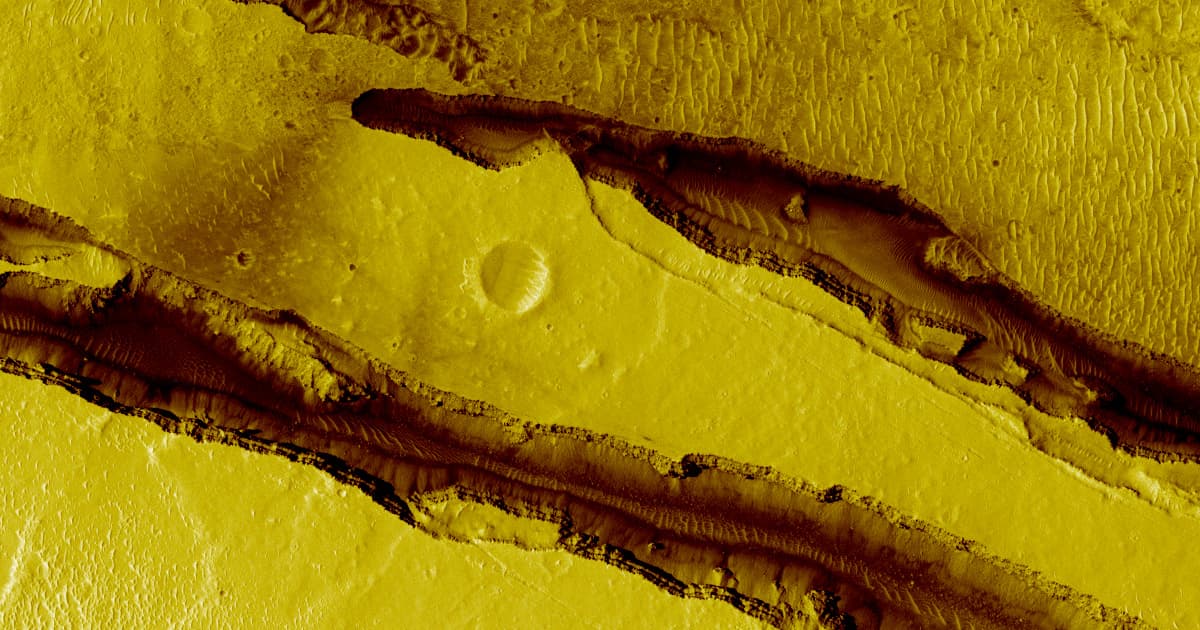 What if Mars' volcanoes erupted thousands of years ago instead of billions?

What if Mars' volcanoes erupted thousands of years ago instead of billions?

Mars may not be the dormant, desolate wasteland that we commonly think it is. In fact, a new study suggests that the planet could still have active volcanoes, absolutely capable of erupting.

Instead of billions of years ago (as previously assumed), the most recent volcanic eruptions on Mars could have happened as recently as 50,000 years ago, according to a new study published in the journal Icarus. If Martian volcanoes really did erupt in the comparatively recent past, then that would have huge implications for our understanding of the Red Planet's environment — and it may even mean that Mars could support life today.

Most volcanic activity on Mars involved lava flowing across the surface — big explosions were thought to be comparatively rare. But comparatively fresh deposits of what seems to be ash and scorched rock near the Cerberus Fossae region of fissures suggest that eruptions did happen during a totally different era of volcanic activity than the ancient eruptions that scientists knew about, lead author and Planetary Science Institute researcher David Horvath explained in a press release.

"The young age of this deposit absolutely raises the possibility that there could still be volcanic activity on Mars and it is intriguing that recent Marsquakes detected by the InSight mission are sourced from the Cerberus Fossae," Horvath said."

There Goes the Neighborhood

The prospect of recent volcanism also raises the possibility of recent — or perhaps even extant — life on Mars, Horvath suggested.

"The interaction of ascending magma and the icy substrate of this region could have provided favorable conditions for microbial life fairly recently and raises the possibility of extant life in this region," Horvath said in the release.

Of course, that's more speculative than the part of the study that linked scorched rocks to volcanoes — but it does raise the exciting possibility that NASA's various Mars rovers and landers might encounter some new neighbors.

More on Mars: Mars May Be Covered in Bizarre Mud Volcanoes