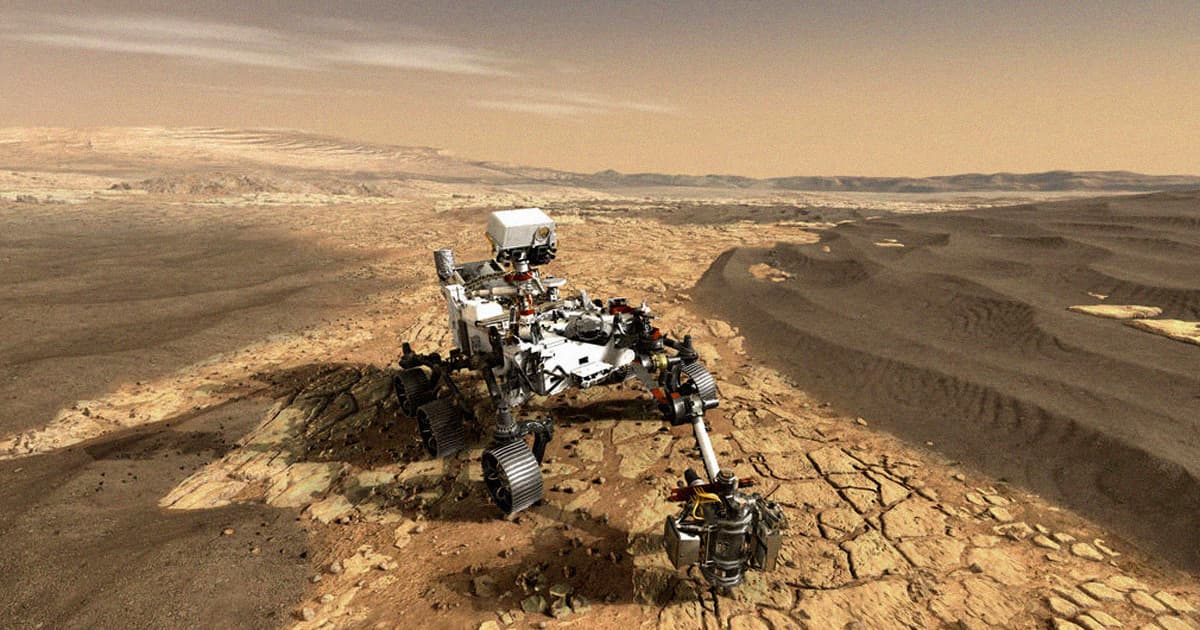 NASA's Perseverance Mars rover has sent back a selfie.

The stunningly crisp self-image of the six-wheeled rover's "head" was taken by Perseverance's WATSON (Wide Angle Topographic Sensor for Operations and eNgineering), a high resolution camera meant to take close-up pictures of rock textures. Honestly, our guy's not looking too bad.

Portrait of the Artist as a Young Bot

The large lens element in the top right of Perseverance's "head," more commonly referred to as the mast, is the SuperCam, a laser-equipped spectrometer designed to analyze rock samples.

Around its "neck" is the Mars Environmental Dynamics Analyzer, an instrument designed to sense and monitor the weather conditions on Mars.

In combination with sample analyses carried out by Perseverance's SHERLOC (Scanning Habitable Environments with Raman & Luminescence for Organic and Chemicals), a smartphone-sized scientific instrument that uses spectroscopy to study the chemical makeup of nearby rocks, the images taken by WATSON allow scientists at NASA to study minute mineral layers of Martian rocks to see how they were formed and changed over time.

"Life is clumpy," Luther Beegle, SHERLOC's principal investigator at NASA's Jet Propulsion Laboratory, said in a May 2020 blog post. "If we see organics clumping together on one part of a rock, it might be a sign that microbes thrived there in the past."

Now that we've seen Perseverance's face up-close, chances are we will soon get the rover's first full-body selfie, just like the ones we've seen taken by Curiosity.

More on Perseverance: NASA’s Mars Helicopter Is Online and Just Sent Back a Photo