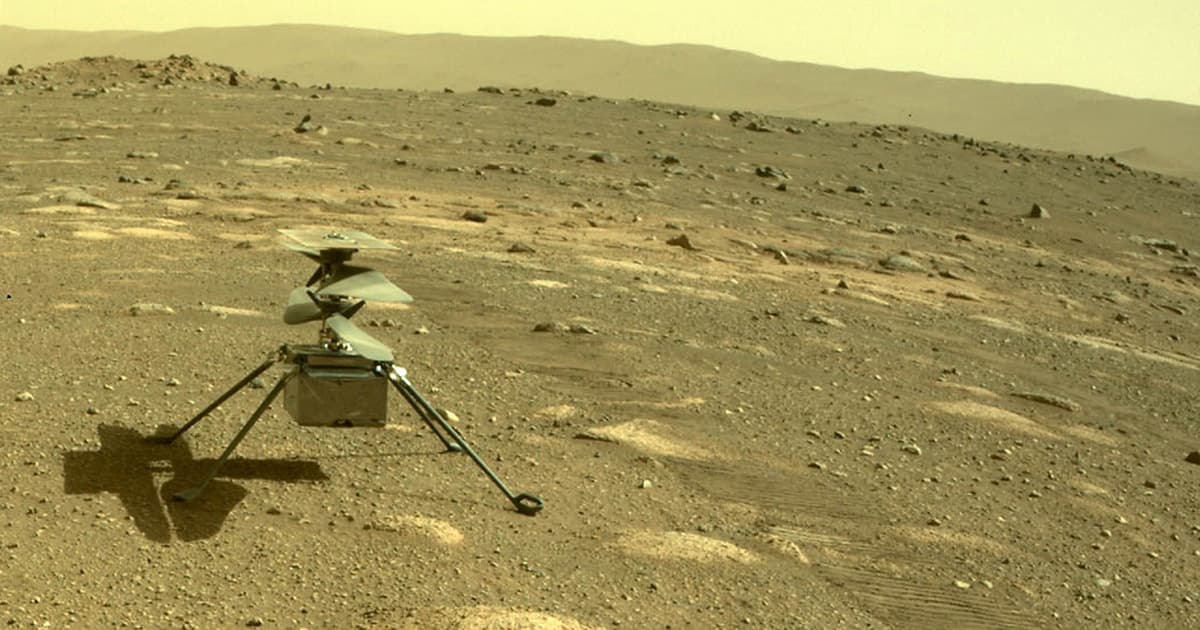 NASA's Mars Helicopter Is Online and Just Sent Back a Photo

It won't win any awards for the image.

It won't win any awards for the image.

The agency's Perseverance rover recently lowered the four-pound rotocopter to fend for itself on the rugged Martian surface.

Since then, it's weathered its first chilly night alone in the surrounding Jezero Crater, where temperatures can drop down to -130 degrees Fahrenheit (-90 Celsius).

"The image was taken on April 3, 2021, while the solar-powered rotorcraft was still beneath the rover after being deployed," reads an NASA blog post on the image. "A few higher-resolution images are expected to be acquired by this imager during each of Ingenuity’s test flights."

As soon as April 11, Ingenuity will attempt its first-ever flight, the first time any vehicle will attempt to do so on the surface of another planet.

Luckily, its electronics seem to have survived the brutal first night without the physical warmth and steady stream of power from Perseverance.

The Ingenuity team at NASA's Jet Propulsion Laboratory is excited for what comes next. Once the helicopter is put through a number of tests, it will power up its twin rotor blades for the very first time.

And we wish it the best of luck on its maiden voyage.

More on Ingenuity: NASA’s Mars Helicopter Survives First Night On Its Own