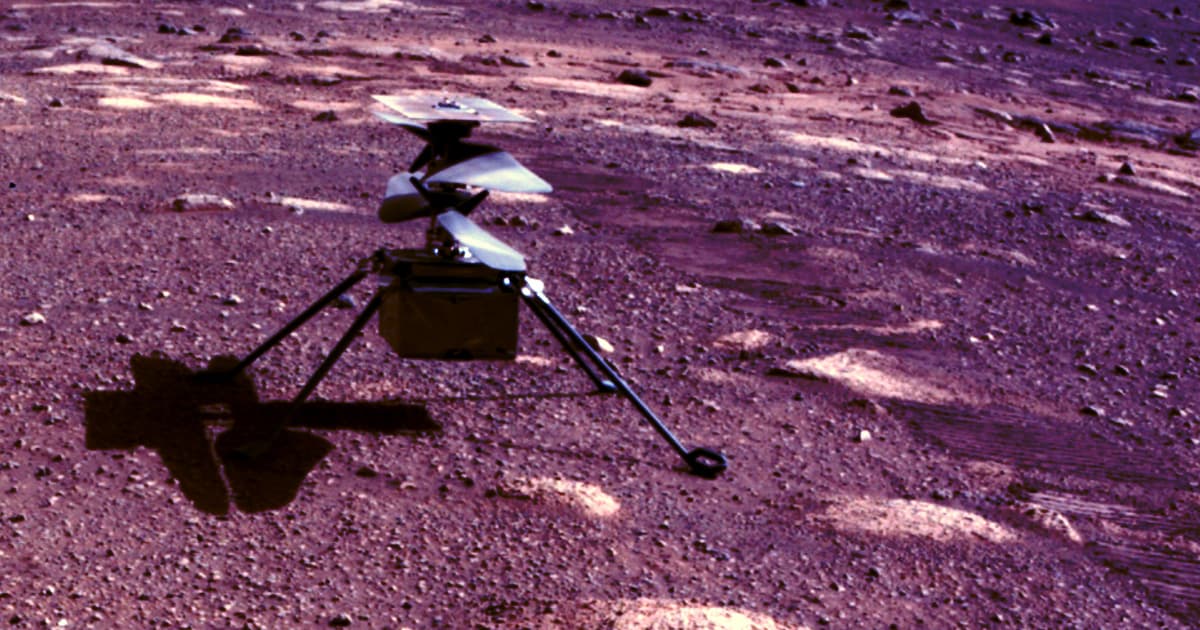 NASA's Mars Helicopter Survives First Night On Its Own

Temperatures can drop down to -130 degrees Fahrenheit.

Temperatures can drop down to -130 degrees Fahrenheit.

NASA's Mars helicopter Ingenuity has officially survived its first night alone after being deployed by the agency's Perseverance rover.

It was a bitterly cold night: temperatures can drop to -130 degrees Fahrenheit (-90 Celsius) in the surrounding Jezero Crater, according to NASA's Jet Propulsion Laboratory — so the fact that the Marscopter has survived its first night is a promising sign for the historic mission.

Any electrical components left unprotected could easily be damaged by the massive temperature swings. Most critically, Ingenuity's batteries, required for it to take flight, could be damaged.

To keep the frosty temperatures from causing any damage, Ingenuity has to use much of its batteries' charge to run heaters.

"This is the first time that Ingenuity has been on its own on the surface of Mars," Ingenuity project manager at JPL MiMi Aung said in a statement. "But we now have confirmation that we have the right insulation, the right heaters, and enough energy in its battery to survive the cold night, which is a big win for the team."

"We’re excited to continue to prepare Ingenuity for its first flight test," she added.

After being dropped on the surface, Perseverance moved some distance to get away, ensuring that it wasn't blocking Ingenuity's solar array.

Now that it's on its own, Ingenuity has to rely on its own power sources. Over the next two days, it will analyze the data collected by its thermal-control system to make sure it doesn't freeze to death.

On April 7, Ingenuity's rotor blades will be unleashed from its restraints. If technical checkouts are successful, engineers at JPL will finally power up the four pound helicopter's motors.

No sooner than the evening of April 11, according to JPL, Ingenuity will attempt to hover above the ground — if successful, the first time an aircraft has taken flight on the surface of another planet.