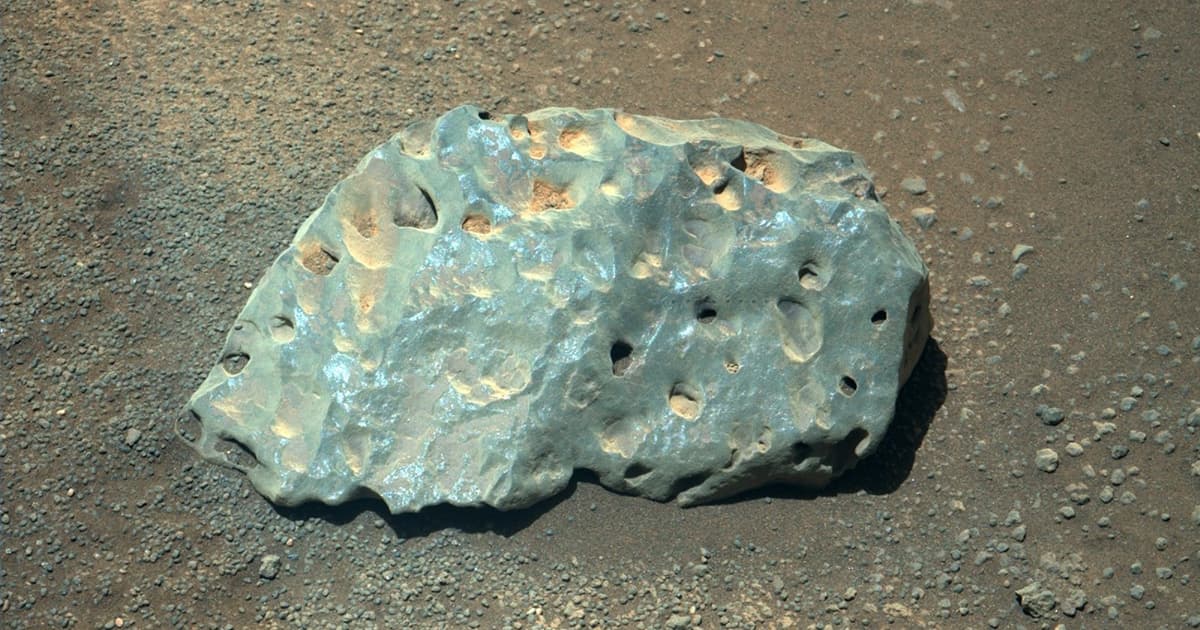 Can you spot them?

Can you spot them?

NASA is showing off its Mars Perseverance rover's handiwork on a nearby rock.

"While the helicopter is getting ready, I can’t help checking out nearby rocks," the rover's official account wrote in a tweet today. "This odd one has my science team trading lots of hypotheses."

While the helicopter is getting ready, I can’t help checking out nearby rocks. This odd one has my science team trading lots of hypotheses.

It’s about 6 inches (15 cm) long. If you look closely, you might spot the row of laser marks where I zapped it to learn more. pic.twitter.com/sq4ecvqsOu

The rock in the picture, roughly six inches long, appears to be riddled with large holes. But on closer inspection, that's not the only set of holes it has.

"If you look closely, you might spot the row of laser marks where I zapped it to learn more," reads the rover's tweet.

Indeed, a row of smaller round imprints can be seen towards the right hand side of the rock. That's where Perseverance's SuperCam instrument penetrated the rock's outer layers.

The laser is sensitive enough to gain insights into a given rock's organic makeup by zapping it with a powerful laser to heat it up to around 18,000 degrees Fahrenheit. A special camera then analyzes the resulting vapors.

NASA is hoping to use the system to get more information about possible biosignatures and evidence of past microbial life on Mars.

Earlier this month, NASA released recordings taken by the instrument's microphone. Small snaps could be heard as the laser struck a nearby rock target.

So far, scientists have observed that a different rock target, nicknamed Máaz, which was struck by the laser in early March, was made out of basalt, igneous or volcanic rocks that are common on both Mars and Earth.

The rock and many like it may have "washed downriver into Jezero Lake and cemented together," as SuperCam principal investigator Roger Wiens suggested during a March 10 live stream, referring to Perseverance's landing spot, an area believed to be an ancient lake bed.

More on SuperCam: NASA’s New Rover Just Shot a Rock With Its Laser