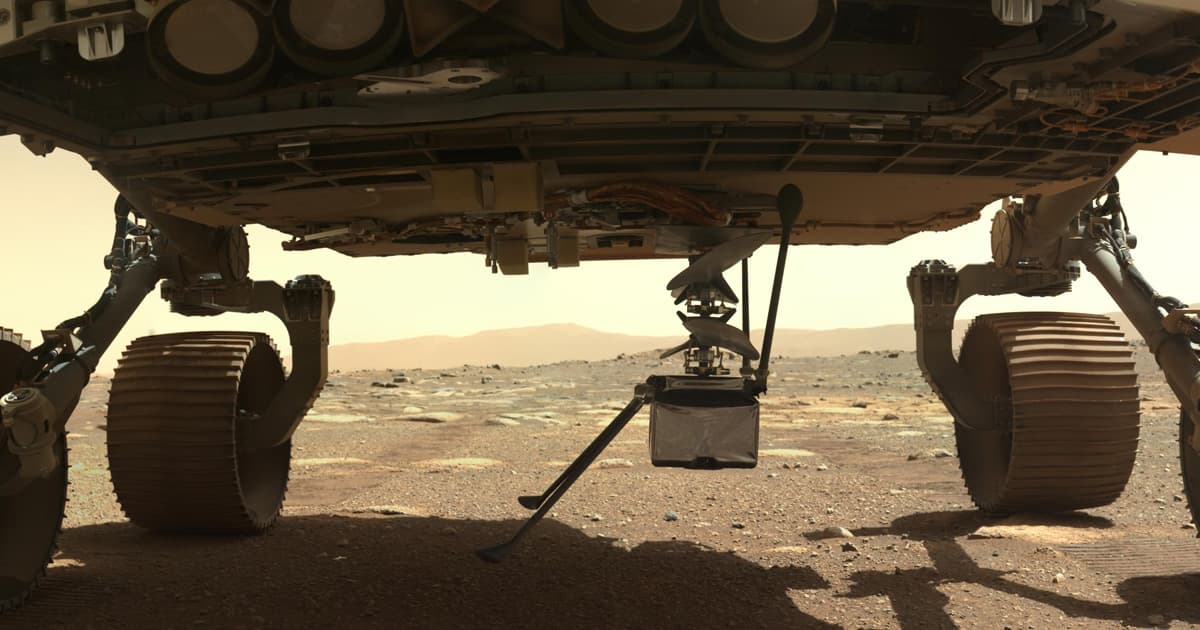 NASA's Mars Perseverance rover is getting ready to gently lower the agency's Ingenuity helicopter onto the Martian surface below it.

The four pound rotocopter is currently strapped to the rover's underbelly. But in a matter of days, Ingenuity will be placed on the surface to do what it was designed to do: attempt to fly on the surface of another planet.

Images taken by the rover's WATSON (Wide Angle Topographic Sensor for Operations and engineering) camera attached to the end of its long robotic arm show Ingenuity stretching its four spindly legs as it "goes vertical."

"Away goes the debris shield, and here’s our first look at the helicopter," the rover's official account tweeted earlier this month. "It’s stowed sideways, folded up and locked in place, so there’s some reverse origami to do before I can set it down. First though, I’ll be off to the designated 'helipad,' a couple days’ drive from here."

As soon as April 8, according to NASA, Ingenuity may attempt to make its first test flight to a height of just a few feet.

The team at NASA's Jet Propulsion Laboratory have already picked out a perfect place for it to do just that — a mostly flat plain just north of Perseverance's landing location.

It's an exciting prospect. If successful, Ingenuity could pave an entirely new way for us to explore the desolate surfaces of other planets.