Mars May Be Covered in Bizarre Mud Volcanoes

"Next time we see something that looks like a lava flow, we cannot be sure that it is lava – it could be mud." 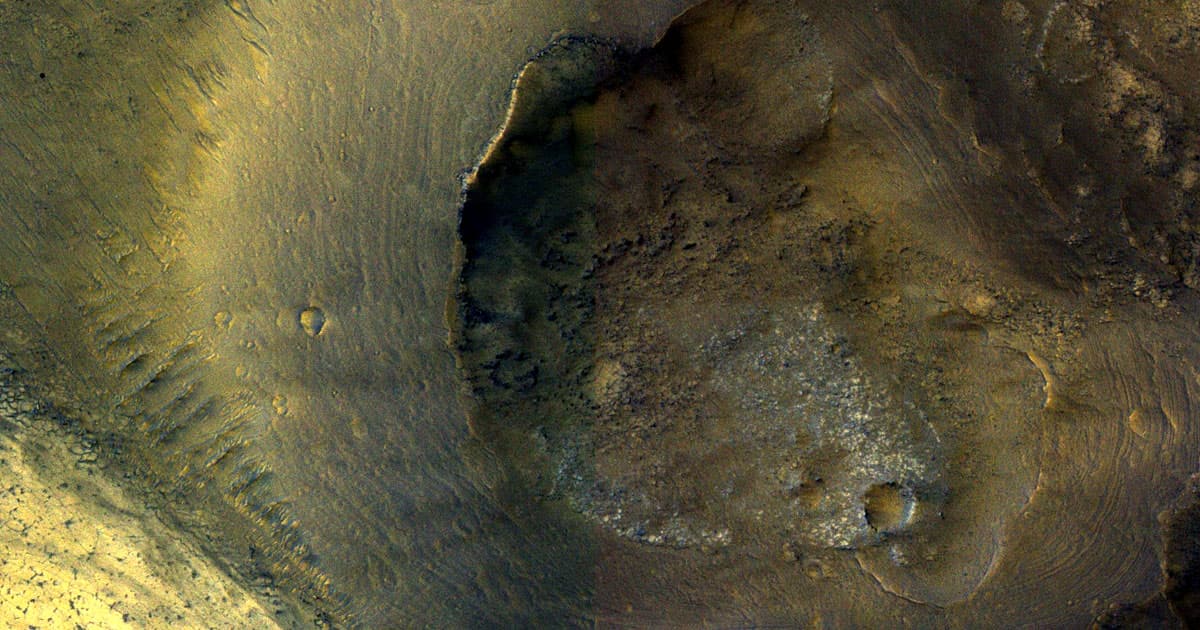 By playing around with mud in a special laboratory that simulates the Martian surface, an international team of researchers found that the Red Planet is likely covered in strange mud volcanoes.

"Next time we see something that looks like a lava flow, we cannot be sure that it is lava — it could be mud," lead author Petr Brož, from the Czech Academy of Sciences' Institute of Geophysics, told New Scientist of the new research. "You probably need ground truth, to send a rover or an astronaut with a hammer to take a sample and be sure."

The origins of volcano-like landforms on the Martian surface have puzzled scientists for a while. Through these new experiments, though, they concluded that "mud volcanism can explain the formation of some lava-like flow morphologies on Mars," as detailed in a paper [link?] published in the journal Nature Geoscience.

In the paper, the team details how they used the Mars Chamber, a small vacuum system at the UK's Open University that attempts to simulate the planet's extremely cold and low pressure conditions — albeit failing to account for its lower gravity — to see how mud behaves as it trickles down inclines.

"You'll look at some features [from space] and you won't know for sure whether they are the result of lava flows or mud flows," lead author Petr Brož from the Czech Academy of Sciences' Institute of Geophysics, told the BBC. "Without a geologist on the ground to hit them with a hammer, it will be hard to tell."

Rather than ending in 'drips' as we know them on Earth, the mud created strange and jagged shapes.

"The skin on the fluid freezes, but this flow is thick enough that the inside remains fluid," Manish Patel, lecturer at the Open University, and  co-author of the study, told the BBC. "So the skin will stop the flow for a bit, but then the momentum from the fluid inside breaks through at weak points in the skin, and the flow propagates forward."

This contradicts the previously held belief that argued "the entire flow would freeze in seconds and it would stop moving," as Brož told New Scientist.

The process appears to have plenty of similarities with "pahoehoe," lava flows commonly found on Hawaii that are characterized by smooth and undulating surfaces. "It's a cooling skin that forms before hot material bursts through," Patel told the BBC.

The team also experimented with other conditions, for instance when temperatures on the Martian surface rocket to as high as 20 degrees Celsius (68 Fahrenheit). Under low pressure, the mud started boiling vigorously, "jumping over the surface as if levitating," as Brož told the BBC.

More on Mars: ASTROBIOLOGIST: WE SHOULD GENE-HACK NEW TRAITS INTO MARS SETTLERS