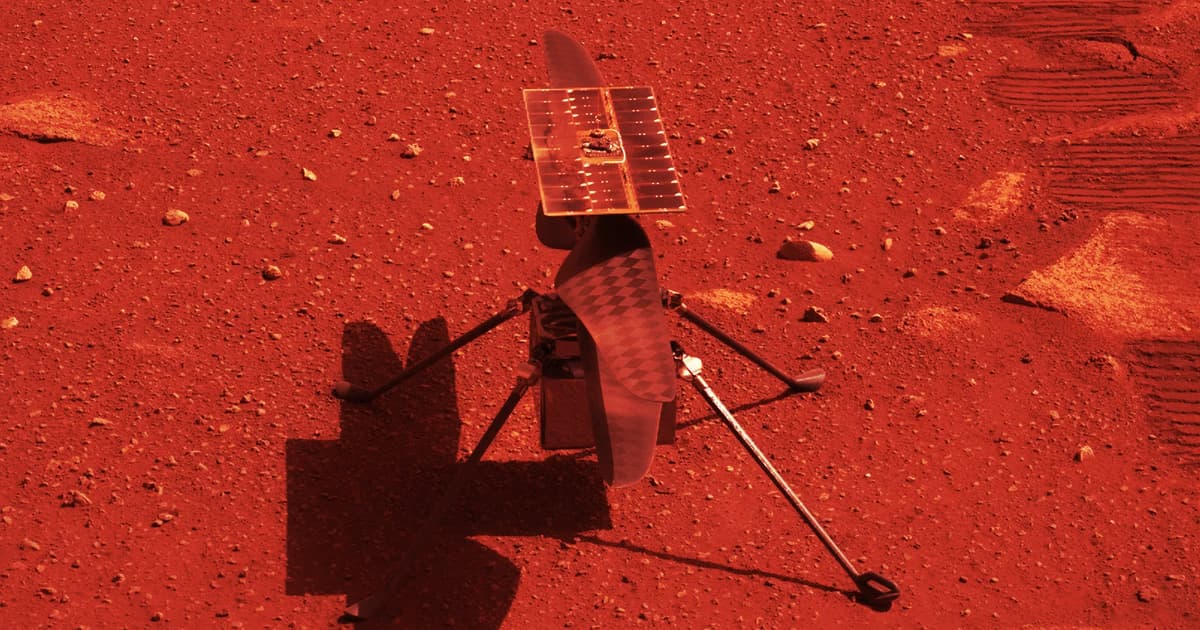 NASA's Mars Helicopter Is In Trouble

It had to abort its latest flight attempt.

It had to abort its latest flight attempt.

NASA's Ingenuity Mars helicopter had to delay its 14th flight due to an "anomaly" with its flight-control motors.

The flight was initially scheduled for September 18, according to a Tuesday update by Jaakko Karras, deputy operations lead for the mission at NASA's Jet Propulsion Lab. Ingenuity was meant to hover at 16 feet while spinning its blades at 2,700 revolutions per minute.

At least, that was the plan. Ingenuity did not take off after detecting issues with its two "servos," electric position control devices that change the pitch of the rotors — and canceled the flight. In other words, it may have detected the problem, but it made the right choice not to take off, Karras explained.

Servos are critical to keeping Ingenuity in the air and heading in the right direction. The small helicopter goes through a sequence of steps to test these servos before each flight, what the team at NASA's Jet Propulsion Lab affectionately calls the "servo wiggle."

The Ingenuity team executed two more wiggle tests last week, which were successful, meaning that "the issue isn’t entirely repeatable," according to Karras.

Fortunately, there's some down time as the Sun passes between here and Mars, making reliable communications near impossible.

"Our team will have a few weeks of time to complete our analysis because Mars will be in solar conjunction until mid-October and we won’t be uplinking any command sequences to Ingenuity during that time," Karras wrote.

For now, all the team can do is wait and see how Ingenuity does during its two-week vacation. "See you on the other side of conjunction!" Karras added.

More on Mars helicopter: China Appears to Be Working on a Clone of NASA’s Mars Helicopter