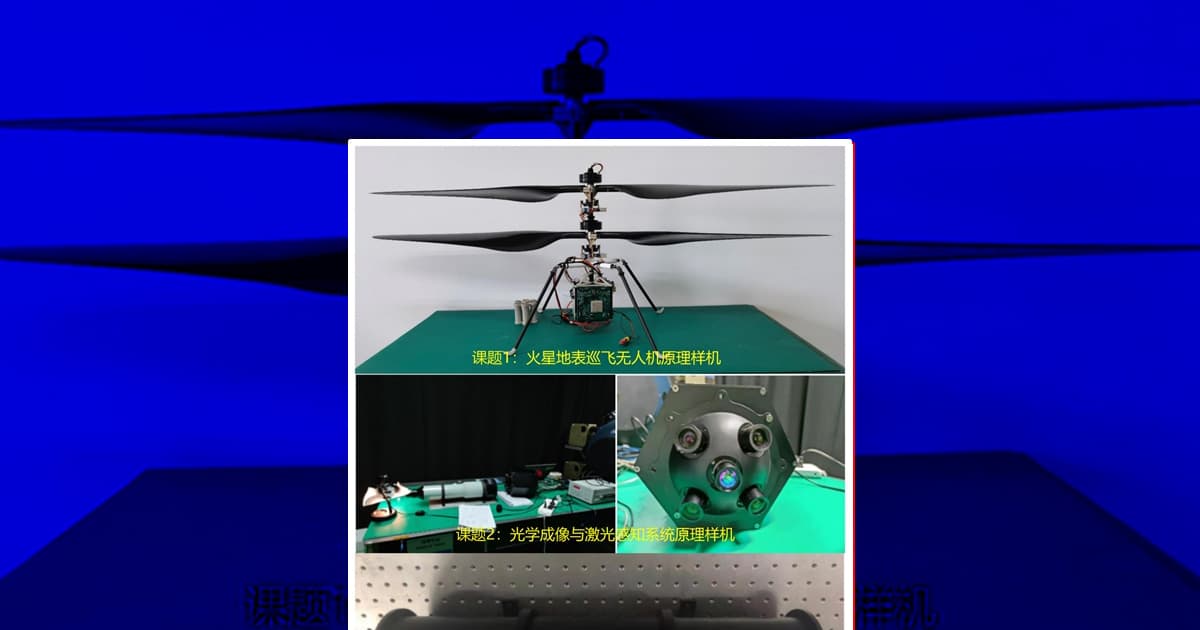 Well, this thing sure looks familiar.

Well, this thing sure looks familiar.

Where have we seen this one before?

China's National Space Science Center (CNNSC) has shown off a prototype for a "Mars cruise drone" that looks extremely familiar.

The image shared by the science center shows a small rotorcraft with two large blades sitting on a table — seemingly heavily inspired by NASA's Ingenuity Mars helicopter, as SpaceNews reporter Andrew Jones pointed out on Twitter.

"The fun way to put it would be that it is the opposite of 'Ingenuity,'" Jones joked. "More Familiarity than Ingenuity, but more the merrier."

Imitation, after all, is the sincerest form of flattery.

The drone, described in an announcement by CNNSC, will be outfitted with a spectrometer to presumably scan the geographical features of the Martian landscape.

Beyond that, the statement is pretty thin on details. Futurism has reached out to the CNNSC for further comment.

China has extensive plans for exploration of the Red Planet. Earlier this year, China revealed that it aims to send its first crewed mission to Mars as soon as 2033.

It's not all bluster. In an astonishing accomplishment, the country managed to successfully land a rover on the planet in May.

NASA spent several years refining the design of the Ingenuity helicopter, painstakingly reproducing the harsh conditions and gravity of Mars back here on Earth.

The mission has been a massive success, with the small four pound rotorcraft beating every expectation. To date, the aircraft has flown 12 times since its groundbreaking maiden voyage in mid-April.

Perhaps it's no wonder China wants in on the fun — exploring the surface of Mars from air is just as captivating as it sounds.