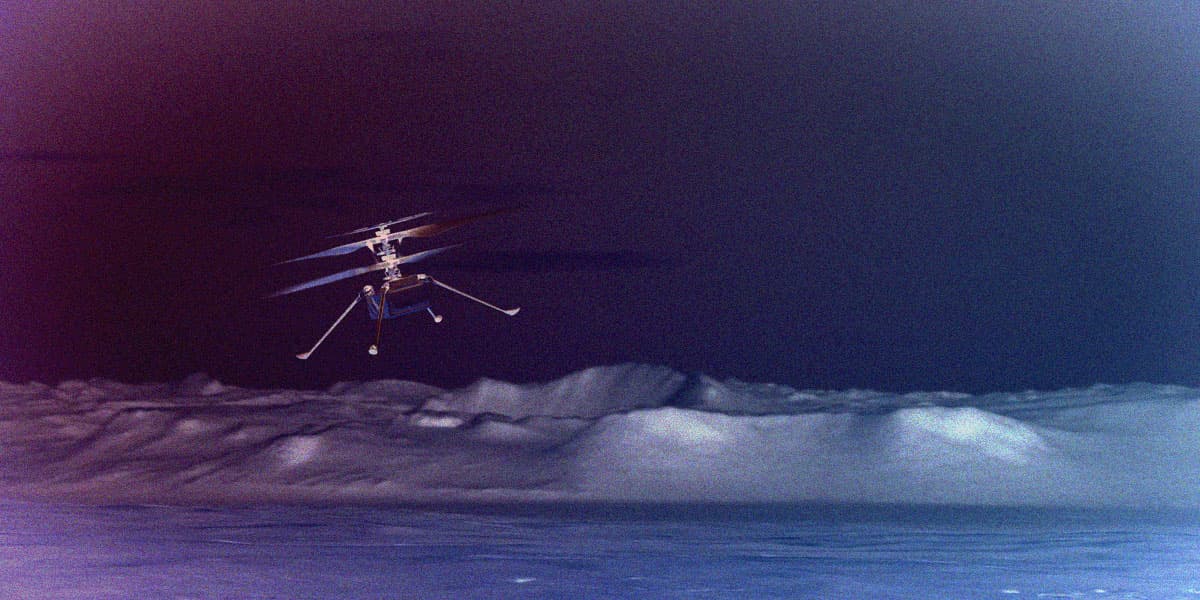 "Ingenuity’s aerial images are awesome — but even better when you get to play ‘Where’s Perseverance?’ with them."

"Ingenuity’s aerial images are awesome — but even better when you get to play ‘Where’s Perseverance?’ with them."

NASA's Mars helicopter Ingenuity embarked on its 11th flight on the Red Planet's surface on August 4, flying to record heights.

The four-pound rotorcraft's latest excursion demonstrates that it's aced its recent transition from a mere technological demonstration to a fully fledged scientific endeavor — and, while it was at it, it snapped an absolutely gorgeous photo.

During the flight, Ingenuity flew to an altitude of 39 feet, allowing it to spot the space agency's far bigger Perseverance rover from high up.

The images are helping the team at NASA's Jet Propulsion Lab decide where to drive the rover next, but the engineers also had a bit of fun with the latest shots.

"Ingenuity’s aerial images are awesome — but even better when you get to play ‘Where’s Perseverance?’ with them," said deputy mission manager for the Perseverance Robert Hogg in a NASA statement. "Once you find our rover and zoom in, you can make out some details, like the wheels, remote sensing mast, and the [Multi-Mission Radioisotope Thermoelectric Generator] on the aft end."

And indeed Perseverance can be spotted as a tiny speck in the top center of a new image, taken by Ingenuity from 1,600 feet away.

The helicopter's 11th flight allowed it to keep ahead of Perseverance and make sure it is headed in the right direction.

Ingenuity keeps breaking its own records — and we can't wait for its legacy to go even further.

READ MORE: NASA’s Ingenuity Mars Helicopter Spots Perseverance Rover From Above – Can You See It? [NASA]

More on Ingenuity: NASA Is Already Working on a Bigger, Better Mars Helicopter