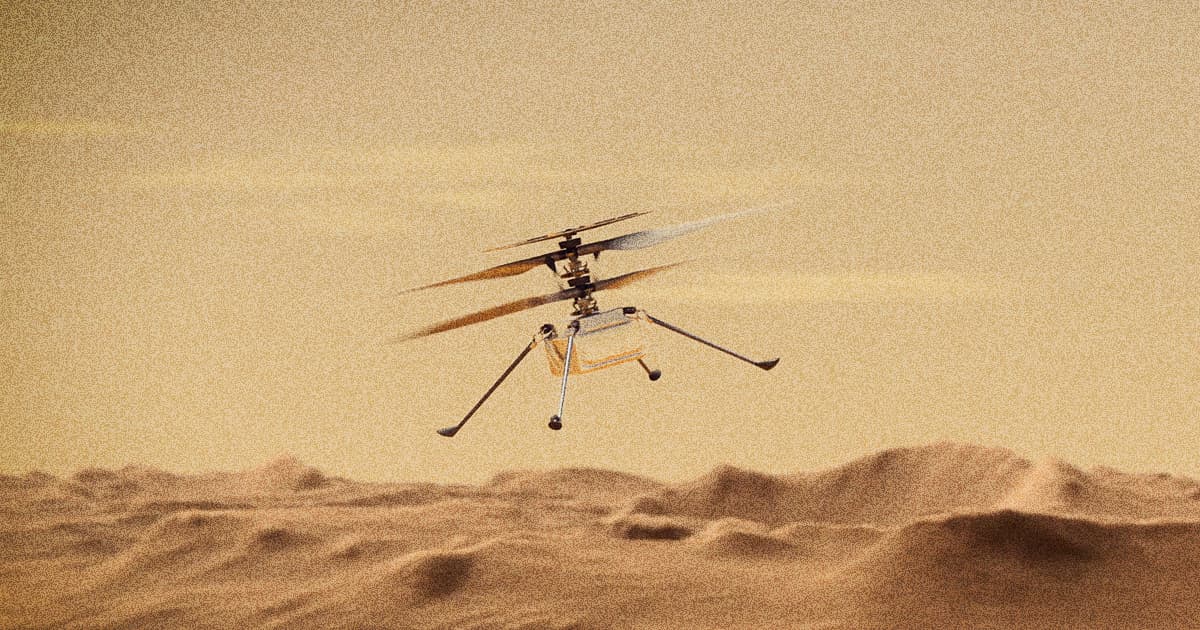 NASA Is Already Working on a Bigger, Better Mars Helicopter

Ingenuity will always be the first, but everything that follows will be better.

Ingenuity will always be the first, but everything that follows will be better.

Coming up next is the "Mars Science Helicopter," Space.com reports, which is a six-rotor aircraft concept currently under development by the existing Ingenuity team. Though the aircraft isn't yet an official NASA mission, the engineers say they want the upcoming hexacopter to be able to soar around for miles at a time, hinting at a bold new era for aerial exploration on the Red Planet.

"We can get to locations that rovers can't access, like cliffside walls or difficult-to-traverse terrains, or even down into caves," Ingenuity operations lead Theodore Tzanetos told Space.com.

As NASA works on future, yet-unnamed Mars aircraft, it may be easy to overlook how much the current Marscopter, Ingenuity, has already accomplished.

The small helicopter has now completed nine increasingly-ambitious test flights, traveling greater distances and sending more valuable data back home over time — and the string of successes makes it easy to forget that NASA wasn't sure it would take off in Mars' thin atmosphere at all.

"Ingenuity is a technology demonstrator," Tzanetos told Space.com. "Our core goal, our prime directive, is to prove that we can fly on Mars… to have that Wright Brothers moment for the first time and hopefully blow the doors open for the future exploration capabilities on the Red Planet."