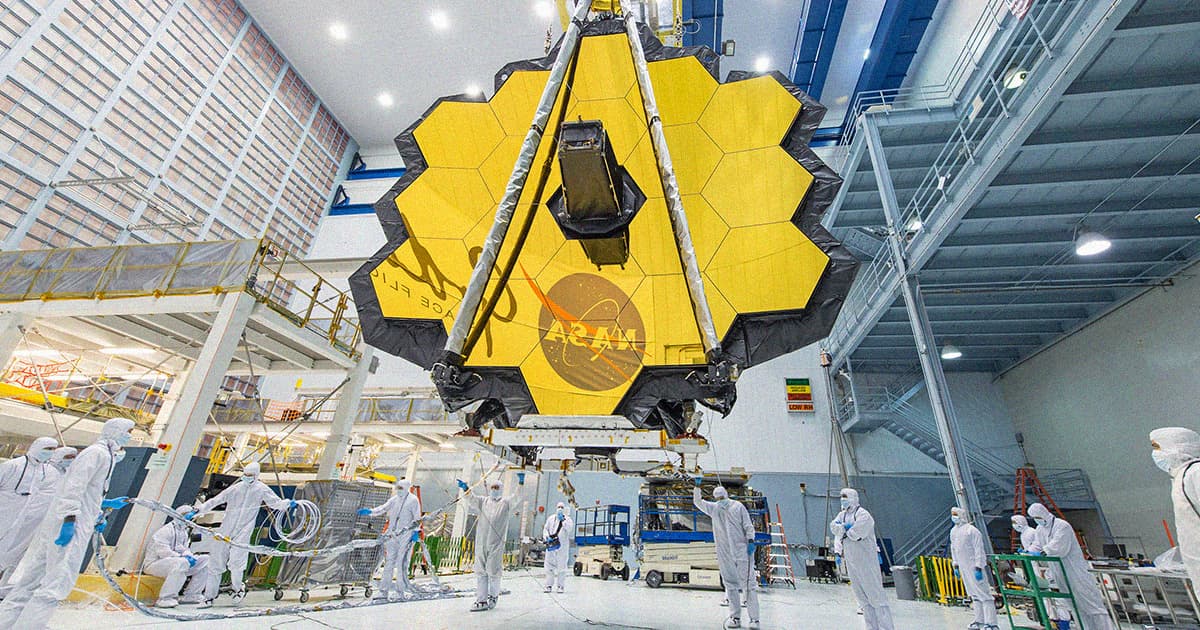 NASA has finally assigned an official launch date for the James Webb Space Telescope, the next generation orbital observatory that experts say will bring about a whole new era of astronomical observations and research.

The big day — which is about as official as any space mission that's already 14 years behind schedule can get — will be December 18, Agence France-Presse reports. It'll be a momentous occasion for astronomers at NASA, the European Space Agency, and the Canadian Space Agency, all of which collaborated on the telescope, as it's expected to vastly improve the hunt for habitable, or even inhabited, alien worlds.

That, plus the recent drama when the Hubble went offline for about a month this summer, suggest that it's time for scientists to get their hands on some new tools, making it all the more exciting that the James Webb is seemingly ready to launch at long last.

"Webb is an exemplary mission that signifies the epitome of perseverance," NASA's Webb program director Gregory Robinson said in a NASA announcement — spinning the project as eagerly awaited rather than horrifically behind schedule.

Space Lumps
Scientists Say We May Be Extremely Wrong About the Universe
4. 28. 22
Read More
The James Webb Space Telescope Is Going to Stare Straight Into Jupiter
4. 12. 22
Read More
Into Darkness
Inside NASA's Bold Proposal to Probe the Mysteries of Dark Matter
3. 11. 22
Read More
+Social+Newsletter
TopicsAbout UsContact Us
Copyright ©, Camden Media Inc All Rights Reserved. See our User Agreement, Privacy Policy and Data Use Policy. The material on this site may not be reproduced, distributed, transmitted, cached or otherwise used, except with prior written permission of Futurism. Articles may contain affiliate links which enable us to share in the revenue of any purchases made.
Fonts by Typekit and Monotype.